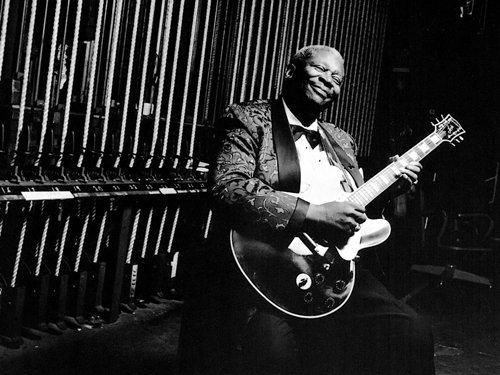 Two of B.B. King’s daughters, Karen Williams and Patty King, are alleging that two of the late musician’s closest aides sped up his death by poisoning him, according to a report from the Associated Press May 25. The heirs reportedly say that family was kept away from King on his final days while personal assistant Myron Johnson and business manager LaVerne Toney administered poison to him. King died May 14 in hospice care at the age of 89. Johnson was present, though no family members were.

You can now refer to Tracee Ellis Ross as Dr. Ross. May 24, the “Black-ish” star received an honorary doctorate degree from her alma mater Brown University for her outstanding achievements in the world of entertainment. She was joined by former San Francisco State University President and American studies scholar Robert A. Corrigan, anthropologist Louise Lamphere, business executive David E. McKinney, atmospheric chemist Susan Solomon and astronaut Kathyrn D. Sullivan, who all received honorary doctorates. Ross’ sister Rhonda, a fellow Brown alum, was in attendance for the ceremony. Tracee Ross, now a Doctor of Fine Arts, graduated from Brown University in 1994 with a bachelor’s degree in theater arts.

Actress Zoe Kravitz, who is rumored to be dating Mos Def, hit the Cannes Film Festival, where she was joined at the premiere of the independent film “Dope” by executive producer Pharrell Williams, as well as co-stars A$AP Rocky and Shameik Moore, model Chanel Iman, Chris Brown and Mary J. Blige. Following the screening, the crew headed to see Brown perform at Club Gotha. Meanwhile, “Dope” will open the 19th annual American Black Film Festival Thursday, June 11 at the SVA Theatre in New York City. The flick also stars Iman, Tyga and Rick Fox. Sean “Diddy” Combs was a producer on the movie. Cadillac is the presenting sponsor of this year’s American Black Film Festival.

The Apollo Theater will gather artists, activists and leaders from around the globe for the New York premiere of the Women of the World Festival, presented in association with the Southbank Centro London June 11 to 14. Highlights of the WOW Festival include a mainstage performance by Grammy-winning singer-songwriter Macy Gray, a special evening with Emmy Award-winner Iyanla Vanzant and Malaysian pop star Yuna, a keynote speech by Nobel Peace Prize winner Leymah Gbowee and a keynote conversation with high profile women activists, including Naomi Wolf, bestselling author of “The Beauty Myth” and leading spokeswoman of the third wave of the feminist movement.