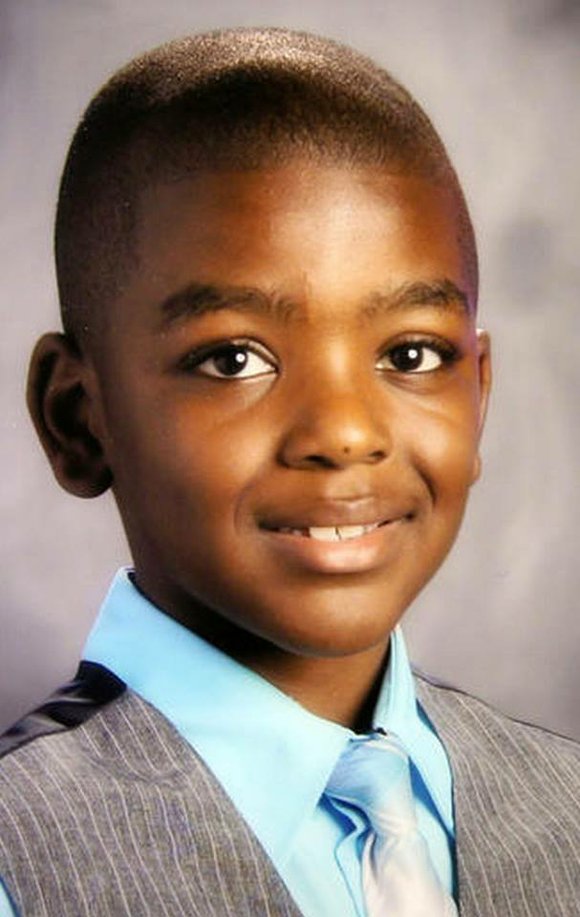 (CNN) -- A 9-year-old boy shot and killed in a Chicago alley on Monday was the intended target of a gang-related shooting, Chicago Police Superintendent Garry McCarthy said Thursday.

Tyshawn Lee was "lured" into the alley where he was killed, McCarthy said.

"This murder is probably the most abhorrent, cowardly, unfathomable crime I've witnessed in 35 years," McCarthy said at a press conference held at the crime scene surrounded by community leaders.

Two people suspected in the shooting belong to two gangs known to officials, McCarthy said. Police still need the public's help with information to be certain of whom to arrest, he said.

Police are certain that fear in the community is playing a factor in keeping witnesses from stepping forward. The Rev. Michael Pfleger, a priest and local faith leader in Chicago and outspoken advocate against gun violence, offered to personally pay to relocate any witnesses who feel they would be in danger for providing information.

A reward for information leading to an arrest has grown to $35,000, according to the Chicago Police. But Pfleger, who says he has received calls from all over the country from people willing to donate, announced that a GoFundMe account will also be set up to increase the reward money.