Enough is enough, let’s get real about guns in America 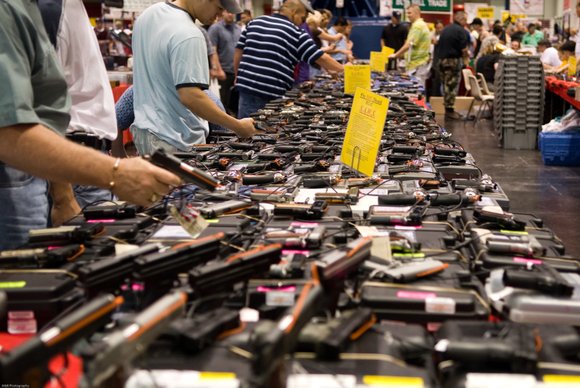 It seems like each week there is a new tragedy that reaches communities all across the U.S. Most people know about the dangers of guns in cities. Obviously, cities such as New Orleans, Chicago and Baltimore come to mind when discussing the prevalence of guns on the streets and in the hands of individuals who have no real understanding of the value of human life.

We have also seen how individuals who suffer from depression or larger mental health issues have used legal guns to destroy lives, whether at a school or movie theater or on the street in the middle of the day. It is past time we as a nation had a comprehensive conversation about guns. And my patience has grown quite thin when seeing elected leaders sidestep the issue for fear of the all-too-powerful NRA. Just as many people are demanding to know where their local, state and national leaders stand on important issues such as Black Lives Matter, immigration and climate change, we must now vote people out of office if they are not willing to stand up and do something about the guns destroying communities in this country.

Obviously, when the issue of guns is brought up in general discourse, gun lovers and supporters immediately cite the Second Amendment right to bear arms. The right to defend oneself, resist oppression or act in defense of the state has now transformed into a right of young people to walk into a school and shoot innocent children—or for young people on the other side of town to walk into a rival’s neighborhood and shoot innocent children. Why do some people need semi-automatic weapons and military-grade weaponry in their homes and on our streets? Yes, it is their right to bear arms, but as we have seen in the recent years and months, this innocent right has very real world implications.

We must ask ourselves, what are we doing to combat this epidemic now? I can’t see most of us going door to door asking people to hand over their guns, and let’s be honest, not all guns are the same. However, we must demand that our elected officials end the rhetoric about getting tough on guns and actually begin to implement real policy that will change the growing trend of legal and illegal guns destroying lives and families. It is no longer enough for Democrats to say they want to do something, we must hold their feet to the fire so they actually make good on these promises.

Christina Greer, Ph.D., is a tenured professor at Fordham University and the author of “Black Ethnics: Race, Immigration, and the Pursuit of the American Dream.” You can find her on Twitter @Dr_CMGreer.