Pastors say it's time to talk about racial injustice 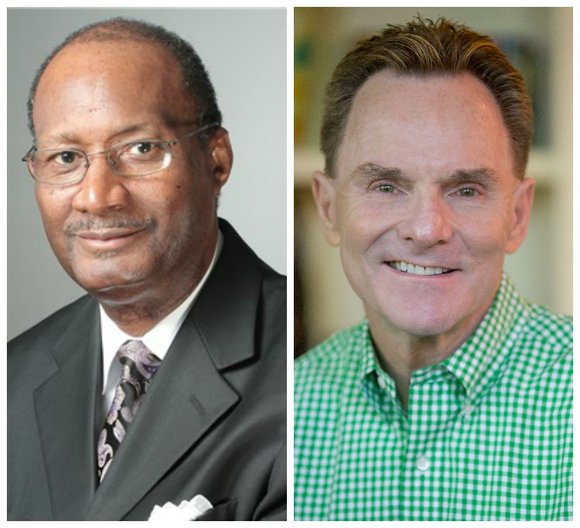 (CNN) -- Ronald Reagan once said that "all great change in America begins at the dinner table," and we agree. But, as ministers, we also believe that great change can't happen unless someone sets the table for tough conversations. That's where the pulpit comes in.

Recent events have poured salt in our deepest national wound: the injustice of racism. You can't turn on the news today without hearing about another incident of racial tension: a shooting here, an aggression there.

But, it's the incidents that don't make the news that trouble us, too: the passed-over promotion, the crude comment, the suspicious stare.

We lead two of the nation's largest Protestant denominations, each with their own complicated pasts and experiences with this issue, and we see the adverse effects of racism in our respective churches every day.

Racism is all around us. You might even say it's in our national DNA, because in a way, it is: Sin is in our DNA, at the heart of the human condition. Prejudice against our fellow man is one particularly visible and egregious example of this.

Because the Bible teaches that all men and women are created equal, we know that the sin of racism is not simply a violation against one but a crime against humanity.

Racism creates between us a false division; it fosters the illusion that those of different ethnicities, who share the divine imprint, are instead our enemies. It is a sin founded upon fear and ignorance, a perpetuation of the lie that only some are made in God's image, and the rest are disposable.

As religious leaders charged with shepherding the faithful, we are resolved to address this tragedy together. Now, as ever, pastors across America must stand before their congregations and call racism for what it is: ugly, unwarranted and un-Christian in all its forms.

Last week in Jackson, Mississippi, we did just that. Each of us invited 10 pastors from our respective denominations to gather for a summit we described as "A National Conversation on Racial Unity."

We trust that when people of faith come together in peace, compassion and humility, seeking nothing but truth and freedom, the scene is set for dialogue. Not political dialogue, mind you, nor an argument, a thread of Facebook comments or even a sermon but rather an authentic exchange of perspectives and a genuine petition for our nation.

It is in the same spirit as that modeled by Martin Luther King Jr. in his famous letter to the clergy of Birmingham, Alabama: "Since I feel that you are good men of genuine good will," he wrote, "I want to try to answer your statement in what I hope will be patient and reasonable terms." With Christ as our guide, patience and reason will overcome temptations toward anger and fear.

Twenty-two pastors engaged in dialogue, on one day, for a few hours, may not sound like much, but it's a start. Even William Wilberforce, the great abolitionist and himself a devout Christian, led the charge to outlaw the British slave trade with a committee of even fewer men.

As we move forward, we do not presume that this discussion can be brief or easy. It requires us to look inward, to shine a light on things we would rather keep hidden from ourselves and from God. It demands the courage of honest testimony and sincere forgiveness. It will rely on clergy all over this nation who are willing to step up, speak out and urge their congregations to begin community conversations about racial unity.