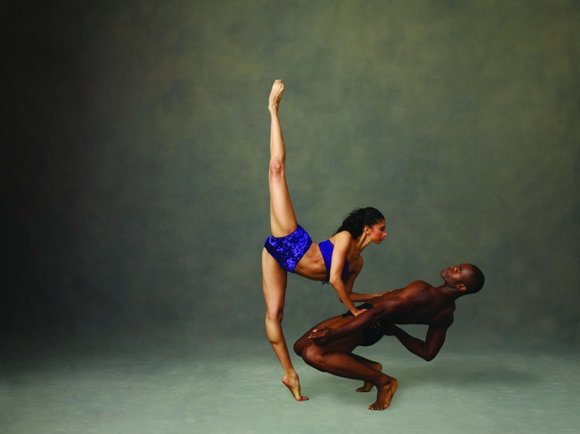 Dance is celebrated in New York City once a year and in a big way when dancers and dance lovers alike pack the Apollo Theater to celebrate the renowned awards the Bessies, which honor outstanding creative work in the field. This year’s hosts are representatives in the field, and as is the norm, they are very funny. The 2015 hosts were former New York City Ballet principal Jock Soto and performance artist and playwright Carmelita Tropicana. Performances were by Camille A. Brown, Lisa Nelson and StoryboardP, the recipient of the 2015 Outstanding Emerging Choreographer Award.

Other highlights of the evening were the awardees Steve Paxton for Lifetime Achievement in Dance; Movement Research for Outstanding Service to the Field of Dance; Dorrance Dance with Toshi Reagon and BIGLovely for “The Blues Project,” David Neumann/Advanced Beginner Group for “I Understand Everything Better,” Justin Peck for “Rodeo: Four Dance Episodes” and Roger Guenveur Smith in “Rodney King” for Outstanding Production; Alexei Ratmansky’s “The Sleeping Beauty” for Outstanding Revival; Lawrence Cassella (posthumous) for his work with Ivy Baldwin, Lauren Grant for her work with the Mark Morris Dance Group and Amar Ramasar for his work with New York City Ballet for Sustained Achievement in Performance; Ryoji Sasamoto in “OQ” by Kota Yamazaki, Melissa Toogood for her work in the 2014-15 season with Pam Tanowitz, Kimberly Bartosik, Merce Cunningham, Rashaun Mitchell, Stephen Petronio and Sally Silvers for Outstanding Performance; Tei Blow for “I Understand Everything Better” by David Neumann/Advanced Beginner Group for Outstanding Sound Design; and finally, Geoff Sobelle, Steven Dufala, Christopher Kuhl, Nick Kourtides, Jamie Boyle and Rachel McIntosh for “The Object Lesson” for Outstanding Visual Design. The Juried Bessie Award was presented to Pavel Zustiak.

The Bessies, so named in honor of the revered dance teacher Bessie Schonberg, presented in partnership with Dance/NYC, was established in 1984 by David White at Dance Theater Workshop.