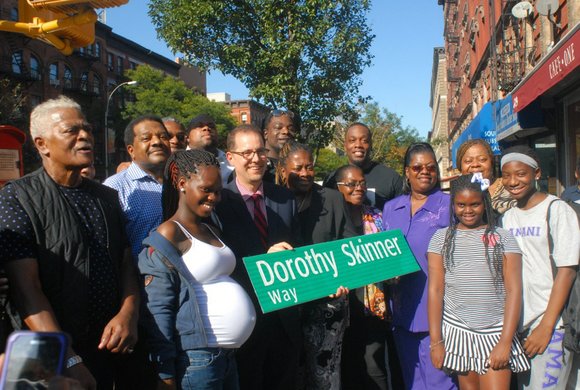 Thursday, Sept. 24, family and friends of Dorothy Skinner and Harlem residents gathered at the southwest corner of West 140th Street and Amsterdam Avenue, where that section will be officially co-named “Dorothy Skinner Way.” Skinner was known as a local Harlem community leader who was devoted to making Harlem safer, more stable, economically sound, well-educated and politically strong. She also helped form part of the board of directors of West Harlem Group Assistance, serving as president for over 20 years. The street co-naming was a celebration of her life and legacy as a champion for Harlem.