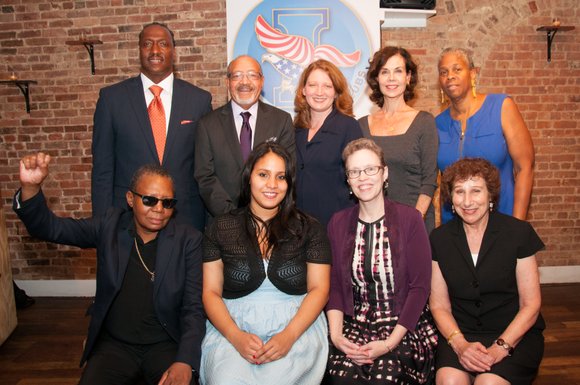 Richard Kirkpatrick of Harlem was honored at the 15th annual Anti-Corruption Awards sponsored by the New York City Independence Party. Presenting him with the Nicholas S. Johnson Independent Spirit Award was Alvaader Frazier, who met Richard at one of Dr. Lenora Fulani’s Independence Party meetings at the Harlem Y in 2005.

Other awardees included Tiani Coleman, an attorney, mother of five and president of New Hampshire Independent Voters, who was honored with an Anti-Corruption Award at the Independence Party’s annual fundraiser.

The annual fundraiser was held Sept. 24 at the Gran Morsi restaurant in Manhattan.