No shame, no blame! Liberty season comes to a quiet end 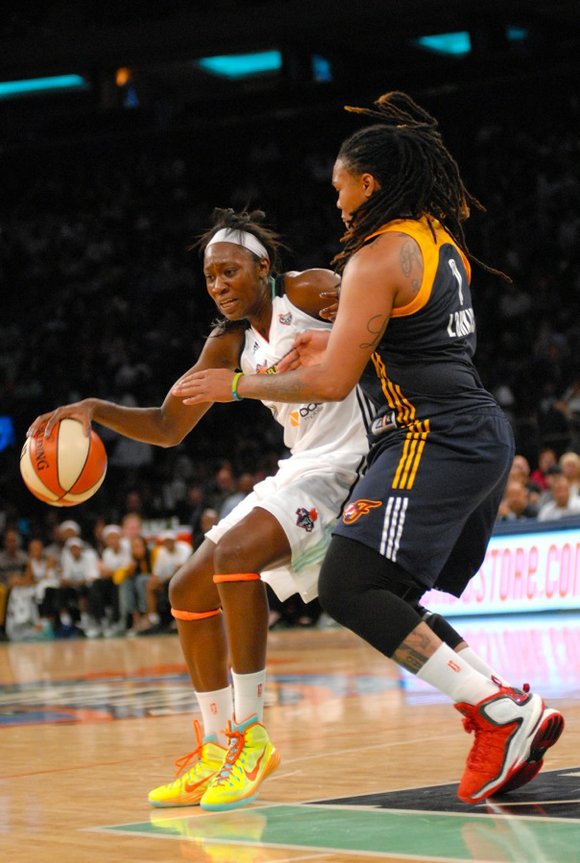 Although the New York Liberty won’t be vying for a WNBA championship this year, it’s hard to criticize a team that re-energized the fan base, fought hard and lit up Madison Square Garden with some of the best play in women’s basketball. Tuesday night, the Liberty were simply outplayed in the Eastern Conference final by the experience of the Indiana Fever, losing 66-51.

Although the Liberty won’t be in the finals, which will feature a replay of the 2012 WNBA championship between the Indiana Fever and the Minnesota Lynx, Laimbeer said this year was a great learning experience. There’s still a way to go to build a team with steadfast consistency.

“In the playoffs, you have to have all the pieces working together, and we didn’t have enough,” said Laimbeer. “I take a very big positive from this season. Yeah, it hurts today. It’s going to hurt tomorrow. It will hurt next week. It’s about the body of the work and where we want to be. I’ll take this season as is.”

The players seemed a bit rattled and were inconsistent, but that can happen when you’re up against the likes of Tamika Catchings. It was Catchings who stopped the Liberty cold in game two, in which the Liberty saw a double-digit lead disappear in the fourth quarter. Catchings carried that energy into this deciding third game.

“The good thing about this season is I gained sisters,” said Liberty forward-center Tina Charles. “This team is unlike any other team that I’ve ever been on. We have great characters. I think the thing that hurts most is we’re not going to see each other anymore because we really are like family.

Regardless, there is optimism for the future. “I think we brought the atmosphere back like back in the day, when I was watching Spoon and Becky Hammon,” Charles said. “We brought that energy back.”