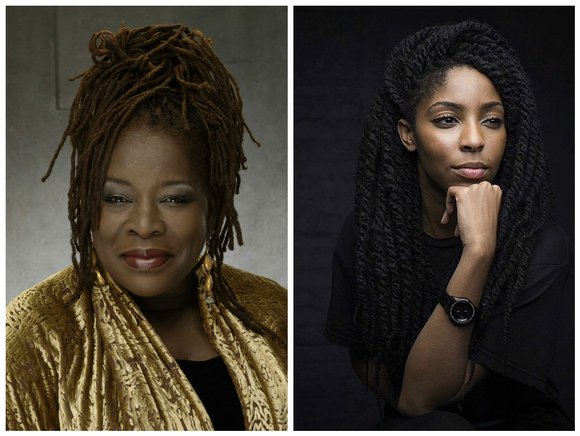 The celebration will be held at Kumble Theater on the LIU Brooklyn campus, located on Flatbush Avenue between DeKalb Avenue and Willoughby Street. The awards ceremony comes at the end of a weekend exhibition of more than 30 films produced, directed and written by women of color. For complete schedule and tickets, visit www.reelsisters.org or 212-865-2982/718-488-1624.

“Actress Hattie McDaniel was the Viola Davis of her day—she used the limited roles given her to open doors for women of color to gain access to characters with greater depth and complexity,” said Carolyn A. Butts, Reel Sisters founder. “As Viola recently stated, ‘You cannot win an Emmy for roles that are simply not there.’ Hattie’s acting career was defined by Hollywood’s failure to cast African-American women beyond stereotypical roles but she persevered, carving out a successful career in theater, film, radio and television.”

In the 18-year history of this annual festival, Reel Sisters has taken the monumental step to rename the Pioneer Award to honor this true pioneer. In 1940, McDaniel became the first African-American woman to receive an Oscar. Her stellar performance in the role of Mammy in “Gone With the Wind” earned her an Academy Award for Best Supporting Actress. Black audiences harshly criticized McDaniel for portraying menial and stereotypical characters in films. McDaniel’s ability to add her own flair to her characters caused her to stand out when hired in the limited roles—in number and scope—that were available in Hollywood. Born Joanna Rose, McDaniel was a talented singer, songwriter and comedienne who continued working in television and theater after her Oscar win, procuring her legacy.

“Hattie McDaniel was a pioneer and powerful voice in making sure our images were present in the world of film and television,” stated Butts. “We are proud to use her name in presenting our honorees with the first Reel Sisters Hattie McDaniel Award for their contributions.”

A Brooklyn-based film festival founded by African Voices magazine and LIU Brooklyn Campus, Reel Sisters was founded to support women of color in the film industry. Since 1997, Reel Sisters has showcased over 900 films produced, directed and written by women filmmakers in every genre. Reel Sisters attracts more than 1,200 film lovers from across the nation and globe, including California, Illinois and Florida and far away as Britain, Germany, Africa and India. The festival screens over 25 films each year. Reel Sisters also provides scholarships to emerging women filmmakers and offers other resources for women filmmakers.