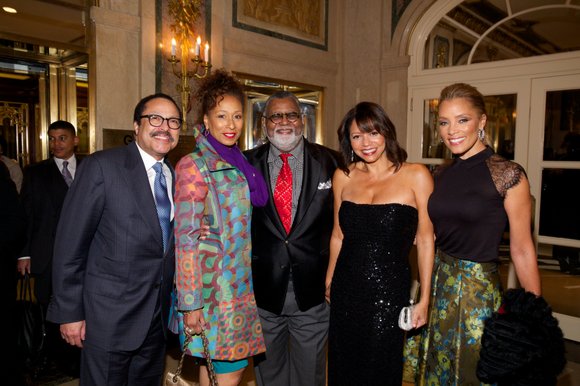 Oct. 5, the Harlem School of the Arts hosted its 50th Anniversary Gala KickOff in the Grand Ballroom at The Plaza. The star-studded evening recognized artists, community leaders and activists who represent outstanding achievement in arts advocacy, philanthropy and community leadership, while raising funds essential to helping HSA in its mission of empowering young people from under-served communities in Harlem and throughout the city to find and develop the artist and citizen within themselves.

Auctioneer C.K. Swett hosted a live auction that included a four-day, three-night vacation in the British Virgin Islands, a dinner for 16 guests prepared by Alexander Smalls, executive chef of the Cecil and Minton’s restaurants in Harlem, and a Cuban vacation with Grammy-winning pianist and bandleader, Arturo O’Farrill.

The evening featured live performances by HSA students and alumni, including music by the HSA All Stars.