Phi Beta Sigma Fraternity, Inc. to serve again as the National Mobilization Headquarters for the 20th anniversary of The Million Man March 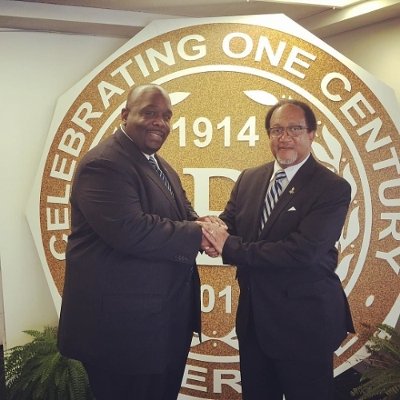 Twenty years later, Million Man March organizer and Phi Beta Sigma member Dr. Benjamin F. Chavis is returning to the offices to assist with organizing the historic gathering. Scheduled to take place on Saturday, October 10, "Justice or Else!" The 20th Anniversary Million Man March will focus on "justice" for individuals of every ethnic background.

"We are once again proud to announce our commitment to the Million Man March. Twenty years ago, Phi Beta Sigma Fraternity, Inc. stepped forward and offered our headquarters as the staging location for the historic march," said Jonathan A. Mason, Sr. "Today, we celebrate the march's milestones and reinforce our 'I Am My Brother's Keeper' initiative, as we wholeheartedly support the Million Man March 20 years later," Mason enthusiastically added.

Since celebrating its centennial in January 2014, Phi Beta Sigma Fraternity, Inc. has paid homage to its founders by leading the charge on several national issues. The service based fraternity has been aggressive in eradicating hazing among fraternities and sororities, participated in the National Day of Protest in wake of the suspicious killings of young African American males, hosted a prayer vigil and youth summit in Ferguson, Missouri in response to the Michael Brown killing, issued a statement supporting racial tolerance in the aftermath of the senseless killing of nine congregants at Emanuel AME Church in Charlestown, South Carolina and hosted REAL TALK, a panel discussion which featured some of the nation's top thought-leaders on the topic of securing the future for the next generation of boys and men of color.

Black fraternity and sorority members from across the nation will journey to Washington, DC on October 10 to stand together in support of the march.