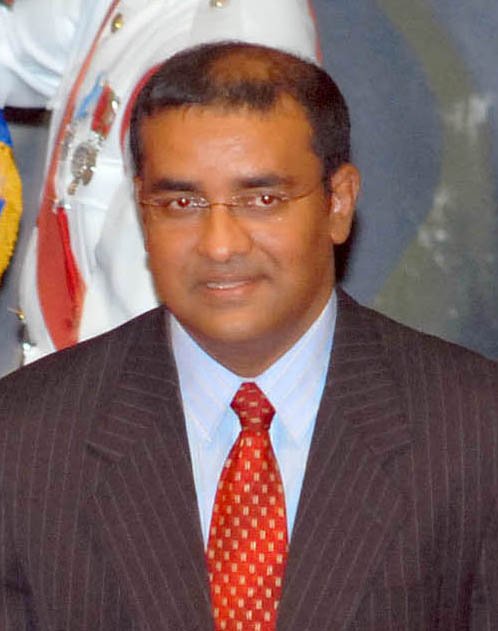 Former Guyanese President Bharrat Jagdeo is named as a culpable party in the 1999 kidnapping and presumed murder of Franz Britton, aka Collie Wills.

A 2001 Organization of American States, Inter-American Commission on Human Rights Report #80/01, Petition #12.264 identifies Jagdeo, along with Ronald Gajraj, former minister of Home Affairs; Laurie Lewis, former commissioner of the Guyana Police Force; and Leon Fraser, a former superintendent of the Guyana Police Force, as “responsible for Mr. Britton’s disappearance whilst in police custody.”

According to the report, on Jan. 25, 1999, Britton, a father of three children, was “re-arrested by Leon Fraser, the assistant superintendent of police of the Criminal Investigation Department, headquartered at Eve Leary, Georgetown, Guyana.”

The report continues, “Mr. Britton was last seen in the company of Mr. Leon Fraser, superintendent of police, head of the dreaded “Black Clothes” police, and being bundled into a silver gray car, license plate number PGG 3412.” He hasn’t been seen since.

Full disclosure: I testified at the IACHR hearing on behalf of Britton, and at the behest of his mother, Irma Wills, in March 2000. Dr. Odeen Ismael, Guyana’s ambassador to the United States at the time, represented the government of the People’s Progressive Party.

Jagdeo served as president of Guyana from 1999 to 2011. He now serves as leader of the opposition People’s Progressive Party.

Starting in 1999 and continuing until 2008, Guyanese citizens experienced an unprecedented reign of terror at the hands of his government. During that period, hundreds of African-Guyanese were murdered, many under the color of law, by members of the Guyana Police Force, which was used by the PPP government to enforce its criminal edacity.

Victims and the survivors of the PPP’s murderous criminality were offered no recourse from any of Guyana’s state agencies, including the courts.

The IACHR underscored that lack of recourse for Guyanese citizens in its 2001 report about the Franz Britton kidnapping. According to the report, Britton’s mother and other relatives “visited both the Cove and John police station at East Coast Demerara, and the Brickdam police station, where Mr. Britton was last seen, and that they have been stymied in their efforts by the state authorities in Guyana to ascertain Mr. Britton’s whereabouts after his arrest, detention and transportation to Brickdam police station, Georgetown, by Mr. Leon Fraser, superintendent of police.”

The IACHR concluded, subsequently, in a 2006 follow-up Report #1/06, Case #12.264 that “agents of the state security forces abducted and/or detained Franz Britton and that during the following six years, his whereabouts have not been identified and that, as a result, Guyana has violated the rights of Franz Britton to life, liberty, personal liberty, judicial protection, arbitrary arrest and due process of law.”

More significantly, the IACHR called on the “state [of Guyana] to provide reparations for the relatives of Franz Britton, including moral damages in compensation for the suffering occasioned by Mr. Britton’s disappearance.”

After 23 years of PPP terrorism, the Guyanese people elected a new government May 11, with David Granger as president.

Speaking at the third annual Cuffy 250 State of the African Guyanese Forum, Granger promised to “ensure that all of those mothers’ children who were killed have their deaths investigated,” and those found culpable brought to justice.