Fun, not guns, during the annual carnival celebration 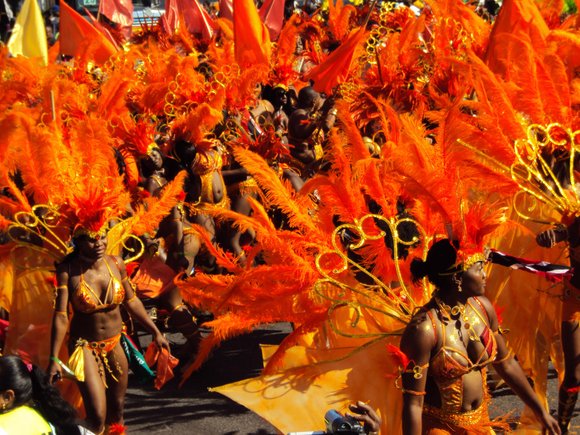 Colors and flair on Brooklyn's Eastern Parkway at the West Indian Day Parade.

Labor Day provides New Yorkers with an unparalleled opportunity to celebrate the end of summer. Numerous official parades and celebrations are scheduled in communities across the city, and of course, the festivities continue into the wee hours of the morning in the homes and backyards of countless New Yorkers. One such event is the parade supporting the West Indian Carnival celebrations. For everyone in attendance, it is a joyous occasion, an opportunity to spend time with their friends and loved ones, celebrate Caribbean heritage and give a final send-off to the summer. And yet, although joy is the ultimate goal of Labor Day and the parade festivities, that fact does not make it any easier for a mother, father, brother or sister dealing with the loss of a loved one to gun violence, which historically spikes during summer weekends.

Last year’s parade was, thankfully, one of the safest in recent history. More than 4,200 police officers were deployed along the parade route and in the surrounding area, all of whom did an extraordinary job policing the weekend’s festivities by demonstrating discretion but with a keen eye for violence, which is a hallmark of good policing. Of course, some journalists inevitably and incorrectly linked completely unrelated occurrences of violence to the parade, using phrases such as “on the parade route” or “near the parade,” even if the incident occurred miles away. (One media outlet last year even intimated that violence occurred at a party one of us attended, but that was patently false.) The reality was that last year’s parade festivities went smoothly and were not sullied by contemptible acts of violence.

Statistics show that gun violence is highest throughout the warm summer months in every major city in the United States. It is worth noting that, although shootings increased at the beginning of the summer, shootings have declined citywide. Progress can, in part, be attributed to the way our cities are beginning to recognize that gun violence is a public health crisis and that the problem requires a holistic, multi pronged approach to fix. For instance, New York City has implemented a holistic Crisis Management System to combat shootings at the grassroots level, and we are proud that the New York City Council and the mayor recently allocated $18.2 million to our FY2016 city budget to further these efforts.

Moreover, we applaud the NYPD for their increased efforts to combat gun violence through its Summer All Out program. Of course, adding more cops to high-crime areas cannot be the only answer. It is distressing that other city agencies do not respond in time. The sustained public safety of communities with high crime rates will only be improved once we fully provide them with the resources they desperately need, including support for grassroots anti-violence initiatives and the creation of economic opportunities.

Although New York City has been safer recently than in the past, we’ve all borne witness to deplorable high-profile recent shootings, not just here but across the nation: the execution of a sheriff’s deputy in Houston last Friday, the horrific televised killing of two journalists in Virginia and the hate-fueled murder of Black congregants in South Carolina. Just last weekend in Brooklyn, one man was killed and three were shot in senseless acts of violence. Our prayers for peace and comfort are with all of these victims and their families.