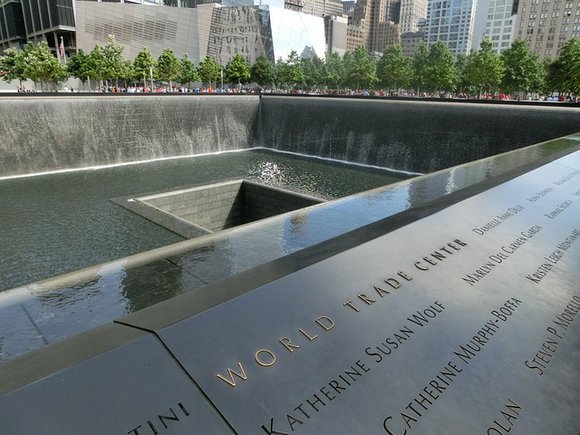 When the building of the Twin Towers of the World Trade Center was proposed in 1960, Gov. Nelson Rockefeller chose Alton Burton, an African-American engineer who had earned his degree from the University of Michigan and a master's from New York University. At that time, he was already employed at the Port Authority as its lone Black engineer.

He then became part of the staff planning the buildings.

As Burton viewed the destruction of the center from his home on Washington Avenue, he was overtaken by grief. He related, "It looked like a movie, like 'The Towering Inferno.' I then realized it was real, and I stared at the scene in horror."

On Sept. 12, 2001, I penned the following poem in reflection of the destruction of the tower and those within who lost their lives.

"The Arms of the City"

The towers at the edge of the city

Greeted the rising and setting of the sun

The masterful arms greeted the light

Of the moon which gave light and romance to the city

These outstretched arms welcomed and embraced

Thousands of beating hearts each day

Which kept hopes and dreams

Circulating throughout the world

Sustained the wind, rain and snow

With force of storms and nature

Suddenly, one day without warning

As these arms were preparing to greet the sun

They were struck with a devastating pain

That they could not withstand

They had been wounded

By unconcerned men with flying missiles

Quickly, the towering arms dropped down

To the side of the city

As they lay there, twisted and broken

Brave firemen and policemen rushed to the scene and vanished

Doctors, nurses, iron and construction workers and many others cried over them

As days passed and the dust and flames settled

That once greeted the sun and moon

And the steady heartbeats of visionary workers

Began to resurrect them

The spirits of the men and women

Within those wounded arms

Refused to lose faith in God

The spirit of the city was still alive and well

The president of SUNY Downstate Medical College, John C. LaRosa MD, reflected on his feelings concerning this monumental event. "September 11, 2001, is a day that will never be forgotten," he said. "The attack on the World Trade Towers was really an attack on the principals that unite us as New Yorkers and a nation. A year later, we still grieve for the lives that were lost and experience a sense of foreboding at times from such ordinary events as planes flying overhead.

"During this past year, we have experienced something else, something that was dormant in so many of us: pride in our city, tolerance for our fellow citizens and, most importantly, allegiance to the vision our founders had of a society strengthened equally by liberty, democracy and diversity.

"As horrible as the events of September 11 were, they demonstrated something far more powerful than terror: the heroism of everyday citizens of this magnificent city. Inspired by their example, we will emerge from this crisis stronger than before," said LaRosa,

In closing, take a moment and reflect on the sacrifices made and let us go forward with vision!

For great health tips and access to an online community of physicians and other health care professionals, visit Dr.Deas.com