Joe's Crab Shack: Employees were offered to apply for transfers to other locations 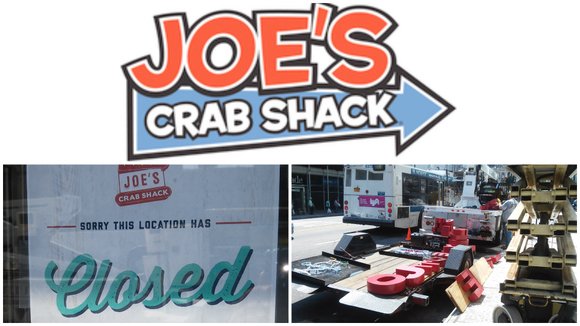 Officials from Joe's Crab Shack say that employees at the now closed Harlem location were offered to apply to work at the chain's other locations in the Tri-State area.

“With the closure of the Joe’s Crab Shack restaurant in Harlem, all employees have been given the option to apply for a transfer to our 10 other locations across New York and New Jersey," the company said in a statement to the AmNews on Friday.

The casual dining seafood chain closed their restaurant located at 2349 Frederick Douglass Boulevard at West 126th Street. Workers were seen taking down signage on Tuesday. The company's website has also taken down the webpage for the location, however, other places online including Google still say the restaurant is open.

Throughout the week customers have been seen attempting to enter Joe's Crab Shack only to find out it was closed.

Workers have been seen moving out items and cleaning the interior.