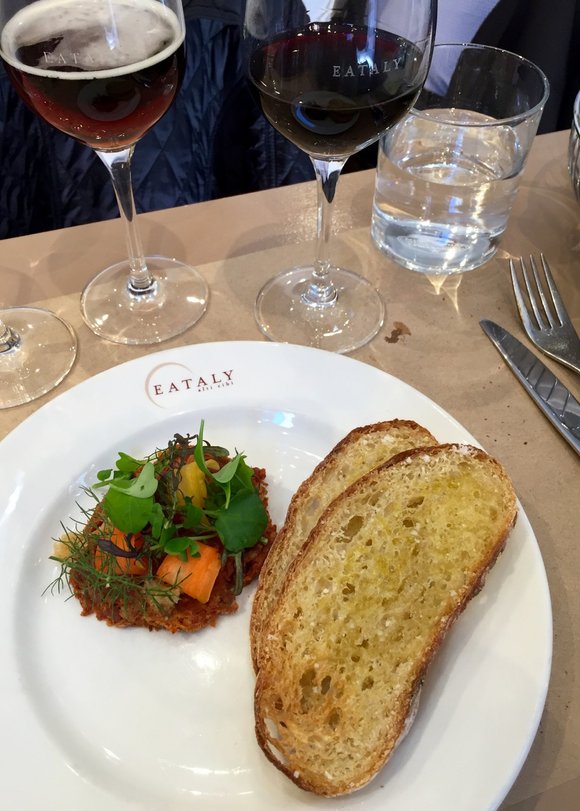 Identita Golose, one of the most prestigious international culinary organizations highlighting the best of contemporary Italian cuisine, returns to the United States for the sixth annual Identita New York Sept. 30 to Oct. 3. Hosted again by Eataly, the series of events feature some of Italy’s most lauded culinary heroes, as well as masters of modern American cuisine.

This year, Identita New York brings together seven of Italy’s most notable chefs paired with seven of America’s most celebrated culinary personalities for a series of master classes, each highlighting one simple ingredient, such as tomatoes, extra virgin olive oil, bread, eggs, milk, pasta and beans. Taking place at La Scuola Grande at Eataly, the chefs will use these ingredients as a vehicle to discuss today’s global culinary trends and techniques.

Identita will also host two four-course dinners showcasing progressive Italian dishes and wine pairings by internationally acclaimed Italian chefs at La Birreria at Eataly. Each of the chefs will prepare one course of this four-course bacchanal—antipasto, primo, secondo and dolce. Reservations for the dinners are $190 per person.

For more information, to purchase tickets and to make reservations, visit www.eataly.com under “Classes & Events.”