Freedom fighter Safiya Bukhari and a voice for political prisoners 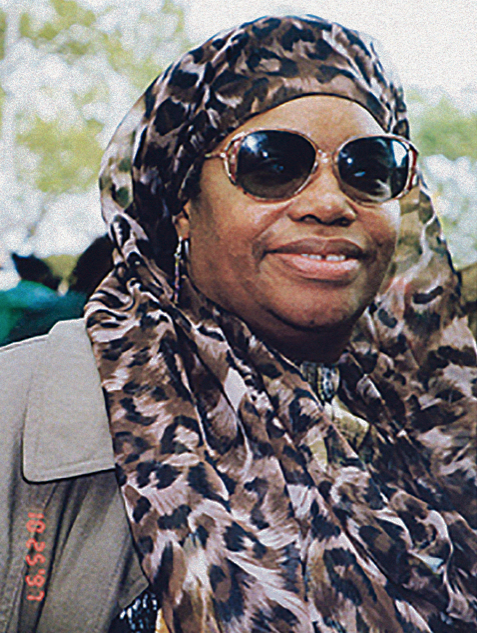 Two things recently brought back memories of Safiya Bukhari: the release of Stanley Nelson’s film on the Black Panther Party and the various commemorations surrounding the uprising in Attica prison in 1971.

Given her political commitment to the legacy of the Panthers and relentless dedication to the welfare of political prisoners, she would have undoubtedly been in attendance at these events.

Much of what we obtain from her eventful life is gleaned from her writings, particularly a “coming of age” chapter included in “The War Before: The True Life of Safiya Bukhari” (Feminist Press, 2010), edited by Laura Whitehorn. Born Bernice Jones in the Bronx in 1950, she wrote, “I am one of a family of 10 children. My parents were strict and religious, but proud and independent.”

Whitehorn’s introduction to the book fills in some of the details of Bukhari’s early years. “In 1968, she was attending Brooklyn’s New York City Community College as a premed student,” she wrote. Education was the magic elixir in Bukhari’s family, the portal through which they could escape the poverty and oppression of being Black in America.

One day, Bukhari and her friends were traveling through Harlem when they encountered members of the Black Panther Party. They were asked if they wanted to volunteer for the Panther’s Free Breakfast for Children Program. Bukhari liked what she saw and continued to return as a volunteer, though not yet a member of the Party.

Her membership began when she intervened to help a Panther selling the Party’s paper after he was harassed by the police. “It wasn’t the Panthers that made me join the Black Panther Party,” she often said. “It was the police.”

For her intervention, Bukhari was arrested, and a year later, in 1969, she was fully involved and working on projects from the Party’s Harlem office. “By the summer of 1970,” Bukhari related, “I was a full-time Party member and my daughter [Wonda] was staying with my mother. I was teaching some of the political education classes at the Party office and had established a liberation school in my section of the community.”

But the heat was on from various factions of the nation’s law enforcement agencies, none more insidious than the FBI’s COINTELPRO operation that, by 1971, had succeeded in driving a wedge in the Party, leaving it split with rival factions on the East and West coasts. Bukhari became communications director of the East Coast organization, editing its newspaper, Right On! “She also issued statements received from the clandestine Black Liberation Army, which was aligned with the East Coast Panthers,” Whitehorn added.

Many of the liberation fighters were forced to wage their struggle underground, though Bukhari, by now a Muslim, chose to stay above ground, where she could work to assist the BLA. In 1975, she and members of a militant collective were in Virginia to practice on a shooting range. After that, they planned to travel to Mississippi. Bukhari, in preparation for the trip, went to a grocery store for cold cuts to make sandwiches, thereby avoiding having to stop at restaurants.

She was in the store shopping when two of her comrades entered the store and what next happened was clouded in gunfire that led to a death and a wounding of her two comrades by the storeowners. Bukhari was arrested and soon the FBI was on the scene.

“My bail was set at $1 million for each of the five counts against me,” she wrote. Her trial lasted one day and she was sentenced to 40 years for armed robbery.

“Long before her arrest,” Whitehorn explained, “Safiya had developed massive fibroid tumors. In prison, her condition worsening, she received frighteningly little medical care. In late 1976, Safiya escaped.” Two months later she was recaptured and returned to the prison in Goochland, Va. By then her condition was so severe that she had to have a hysterectomy.

In 1983, after eight years and eight months in prison—the last four in which she deliberately tamped down her political voice so not to alienate “the Left”—she was granted parole and released. She rejoined her mother and daughter and secured employment in the Bronx office of the Legal Aid Society.

Between 1984 and 1998, Whitehorn recalled, Bukhari was unstinting in her involvement in the plight of political prisoners. She visited prisoners, “wrote to them, and always accepted their collect phone calls. She communicated their needs and ideas to the outside world, and she wrote and spoke on their behalf.”

Through these efforts, eventually, with the help of other activists, including the late Herman Ferguson and the still incarcerated Jalil Muntaqim, she created the Jericho Movement. “The name Jericho was used to conjure up the image of massive resistance that would succeed in bringing down the walls of prisoners, freeing the more than 100 political prisoners behind bars at that time,” Whitehorn observed.

Her work on behalf of political prisoners was wide-ranging, through forums, pamphlets, books, lectures and even a weekly radio show she conducted on WBAI with Sally O’Brien. Associated with this endeavor was her role in establishing the Free Mumia Abu-Jamal Coalition.

“In the early years of this century, Safiya’s health deteriorated,” Whitehorn wrote. “Not many of us knew how badly she suffered from a variety of ailments connected with hypertension. A week after the death of her mother in 2003, Safiya died of pulmonary embolism to the lungs. Her death at the age of 53 was mourned by leftists and progressives across the globe.”

The power of Bukhari’s legacy resonates from “The War Before,” and testimonies by Bukhari’s daughter, Wonda Jones, Angela Davis and Mumia Abu-Jamal bracket Whitehorn’s superb editing of the essays, articles and speeches by Bukhari.

At the close of one of the many documents included in the book, Bukhari stated, “The issue of political prisoners is part of that movement that we are building, and in building that movement we must understand that this is not a separate issue. It is an integral part of that movement. It can’t be put in front of the movement and it can’t be an afterthought. It must be woven into the very fiber.”

Woven into the fiber in the same way, Bukhari was an inextricable part of that tapestry for total liberation of the world’s political prisoners.