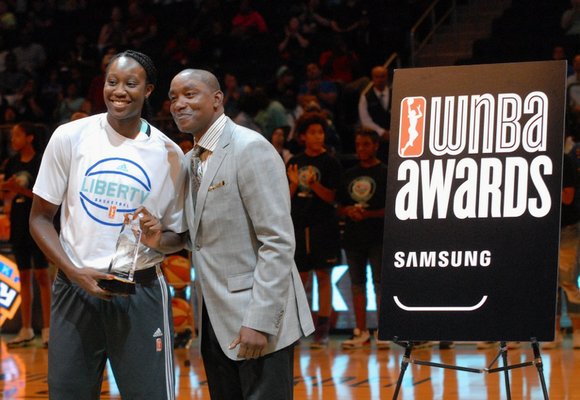 The New York Liberty start postseason play at Madison Square Garden this Friday versus the Washington Mystics. First, the good news. The Liberty finished regular season play with 23 wins, the most ever in franchise history and the best record in the WNBA this year.

Now, the bad news. The Mystics dismantled the Liberty at the Garden last Friday by the score of 82–55. Having the best record in the league guarantees the Liberty home-court advantage throughout the playoffs, but to get to the finals, New York will have to get past Eastern Conference teams that have dealt the team some harsh blows in recent weeks.

Back to the good news. The players seem ready, willing and able to do what it takes to prevail. On a team with two MVP candidates raised in New York City, Tina Charles and Epiphanny Prince; two veterans with WNBA championships who keep eyes on the prize, Swin Cash and Tanisha Wright; and one tenacious rebounding and shot-blocking rookie, Kiah Stokes, odds are in New York’s favor.

Wright called the home-court loss to the Mystics embarrassing, but she was ready to gear up for the playoffs. “Anytime you get a chance to make it to the postseason it’s an exciting moment,” she said after last Friday’s loss. “We’re not happy with the outcome of this game. Being the last home game of the regular season, we wanted the fans to be able to enjoy it because they deserve it.”

Attendance has grown throughout the season, and audience energy levels have rivaled old times. The heartfelt nature of women’s basketball was evident before last Friday’s game, when members of the police and fire departments marked the solemn occasion of September 11.

“You want to give something to take away what happened on this date years ago,” said Charles.

Charles said there would be no dwelling on the defeat, only looking forward. That game and Sunday’s loss to the Indiana Fever in Indianapolis provided an opportunity for players who don’t get a lot of playing time to see significant minutes. These players include the new addition, guard Erica Wheeler, signed to try and fill the void created by Brittany Boyd’s season-ending injury.