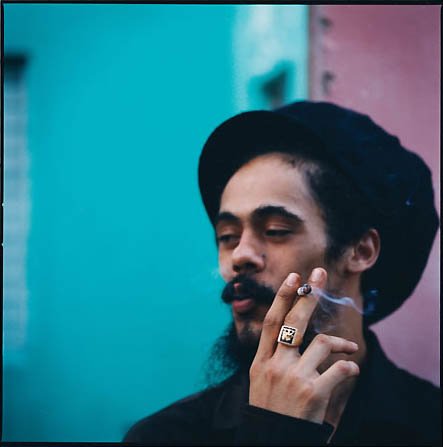 It happens every lifetime, I guess—a momentous event that changes the course of history. The 14th anniversary of that event, in the opinion of most, occurred Friday, Sept. 11. Fourteen years? Wow. Crazy how memories of that day can be vividly recollected.

For the kid, it takes me back to when I had a hand in the entertainment game. I was employed as a publicist for a boutique firm that housed some major players in the music industry. Like many in the music profession, that day was a race for the No. 2 slot. Anyone not associated with Def Jam Records knew and begrudgingly accepted that when the label announced it would hit the streets a week earlier than expected. The buzz around Jay Z’s “The Blueprint” was that crazy.

Our company wasn’t that concerned because we had titles that wouldn’t be considered in direct competition, so we just had to make sure our core was onboard with what we had popping and then try to get a few people not too familiar with the genre interested enough to part with some of their disposable income. Easy enough. That day, we had three projects released: Yellowman, who was slated to be in New York for a promotional run for the day, had his reggae anthology “Look How Me Sexy”; Ninjaman’s reggae anthology “Anything Test Dead”; and what we felt was a special project was last not least. The artist was a then 23-year-old trying to avoid the sophomore jinx as he made his major label debut. Whereas some were excited about the record on the strength of the music and musicians involved, there were skeptics who felt he and his major label affiliate were riding the wave of his bloodline.

So the die was cast. Were we dealing with an artist poised for a career or a quick money grab that the industry is known for? Time will tell.

Fast-forward to 2015. Central Park’s final SummerStage of the season is sold out and the headliner, Jr. Gong, aka Damian Marley, showed and proved that those who bet on him wagered correctly. That sophomore album, “Halfway Tree,” produced by him and his brother Stephen, went on to win the 2002 Grammy Award for Best Reggae Album. The project after, “Welcome to Jamrock,” did even better, going gold, and at the 2006 Grammy Awards, he won Best Reggae Album and Best Urban/Alternative Performance, becoming the only reggae artist to win in the latter category at the Grammy Awards in the process.

Solo platitudes aside, he went on to form a duo with Nas for the collaborative effort “Distant Relatives” and on the low becoming a part of a group with Dave Stewart (the Eurythmics) and Mick Jagger (the Rolling Stones) called Superheavy. Yeah, Marley put in loads of work to assert himself as one of those dudes and appears to be working just as hard to maintain position. As a fan of quality, Damian and Stephen Marley and Ghetto Youth’s associated products will get my support, but a kinship was forged Sept. 17, 2001. Got a call and one of the voices (Damian) on the other end asked, “Dave, you good?” After a reply in the affirmative, another voice (Stephen) replied, “Righteous.”