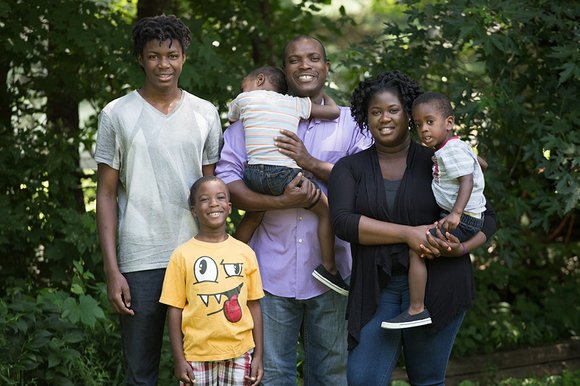 Oral “Nick” Hillary, accused of murdering a 12-year-old white boy in Potsdam, N.Y., in 2011, is out on bail after being arrested and charged with second-degree criminal contempt.

Hillary, whose case we reported a few weeks ago in these pages, has been accused of allegedly violating a court order preventing him for having any contact with Tandy Cyrus, the dead boy’s mother.

Even eye contact was enough to get him back behind bars. Hillary, a former soccer star and college coach, faces second-degree murder charges in the death of Garrett Phillips, the son of his ex-girlfriend, Cyrus.

According to a story in the Watertown Daily Times Tuesday, Hillary’s alleged violation occurred when he was seen at a drive-through window at a branch of SeaComm Federal Credit Union. Edward F. Narrow, Hillary’s attorney, said his client was not aware that his former girlfriend worked at this branch.

Although Hillary knew she worked for the company, he was under the impression she was at another branch.

District Attorney Mary E. Rain has a different interpretation of the action, charging that Hillary was trying to intimidate Cyrus before his trial in November.

Tuesday, Hillary, who was in custody at the St. Lawrence County Correctional Facility, was freed after posting $200,000 in cash.

Narrow argued that the protection order was unconstitutionally vague on the “place of business” because SeaComm has several branches and Hillary had no knowledge Cyrus was at the one he used.

He said Hillary made no attempt to contact Cyrus, which even she verified in her statements, indicating his presence was brought to her attention as he was driving away.

Rain told County Court Judge Jerome J. Richards that Hillary’s girlfriend and his daughter had gone to the branch where Cyrus works on several occasions and taunted her.

Narrow told the press that rather than arresting Hillary, a more appropriate option would have been to have the court bring him in to clarify the places of employment stipulation.

“I did advise the court what we thought may have been a reasonable solution is to correct what we believe to be an ambiguity in the court-issued order of protection,” Narrow said after the court proceedings. “That clearly is not to arrest the defendant, but to bring him back into court and advise him of the specific locations of Ms. Cyrus’ employment that he is to avoid. That clearly is not done, not written in the order.”

A call to Narrow’s office was not returned, but the Amsterdam News was able to speak to attorney Norman Siegel, who, with attorney Earl Ward, traveled to Potsdam Monday.

“We talked to the local lawyer about the case,” Siegel said, “and expressed our concern and how troubled we are about the situation. At the moment, we are looking into it to determine the extent to which we may get involved. There are some serious questions about the allegations brought against Mr. Hillary.”