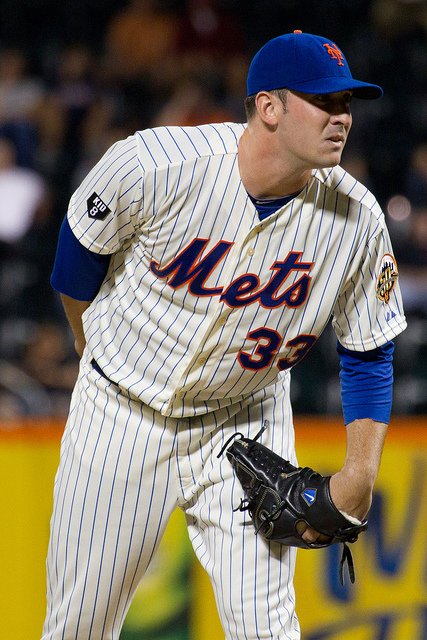 Although the Mets are one of the favorites to capture Major League Baseball’s supreme trophy in the 2016 season, actually winning it seems as rare a sighting as Halley’s Comet. The latter appears once every 75 years and, ironically, was previously visible to the naked eye in 1986, the same year the Mets won their last World Series title.

They haven’t been back to baseball’s summit since, although last season’s National League pennant-winning journey illuminated the promise the Mets show coming into this season. Most of the optimism centers around four young starting pitchers who arguably possess as much collective talent as any the game has ever seen.

Matt Harvey (27), Jacob deGrom (27) and Noah Syndergaard (23) are all No. 1 starters, and the fourth member of the sensational quartet, and the only lefty, Steven Matz (24), has all the tools to evolve into a front of the rotation anchor. Add Zach Wheeler (25), who is expected to return from Tommy John surgery in July, and 42-year-old wonder, Bartolo Colon, to the mix, and the franchise begins their quest to end a 30-year World Series drought abundantly armed. After winning 90 games a season ago, they are poised to approach 100.

Nevertheless, their path will be extremely challenging. The Chicago Cubs, who last won the World Series in 1908, may pose the greatest threat to the Mets. The Cubs’ youthful everyday lineup, Kris Bryant (24) at third, Anthony Rizzo (26) at first, Jason Heyward (26) in right field and Kyle Schwarber (23) in left, is debatably the most gifted in the sport. Additionally, the Pittsburgh Pirates, Los Angeles Dodgers, St. Louis Cardinals, San Francisco Giants and Washington Nationals all will field teams with legitimate championship aspirations.

In contrast to the Mets, the once-dominant Yankees will begin the new season as they did the 2015 campaign: with a suspect starting rotation and older players who have extensive wear and tear. Despite boasting the best bullpen in the game, with power pitchers Andrew Miller, Dellin Betances and Aroldis Chapman, the Yankees will be hard pressed to exceed their 2015 87-win total.

The American League should be for the Houston Astros’ taking. After years of futility, they finished second in the AL West, with 86 wins last season. All those losing seasons reaped numerous high draft picks, who, led by the 2012 No. 1 overall selection, 21-year-old shortstop phenom Carlos Correa, are poised to lead the Astros to the World Series.