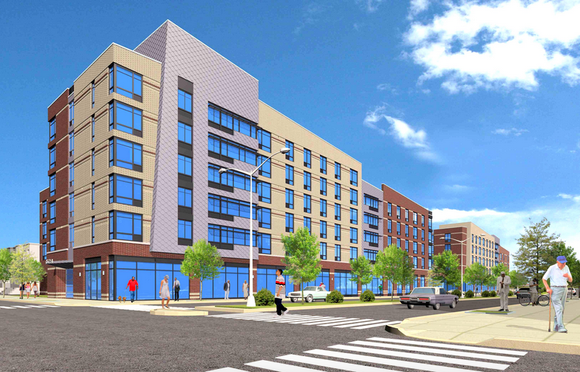 According to an analysis by District Council 37, New York City Mayor Bill de Blasio’s plan for affordable housing in East New York means new apartments will be less expensive than apartments currently for rent in the neighborhood.

The union’s analysis also shows that its members and other workers who live in East New York are being hurt by rising rents. According to DC 37, between the years 2000 and 2013 rents in the neighborhood spiked 26 percent, with the average two-bedroom apartment now renting for $1,400 a month. Many DC 37 members make less than $39,000 annually. Union officials said rent for members with that kind of salary shouldn’t be higher than $985 a month, and 40 percent of East New Yorkers are “severely rent burdened,” meaning they spend more than half of their income on rent.

“The status quo is just not working,” said DC 37 Executive Director Henry Garrido in a statement. “It’s leaving East New York without the tools or investments needed to protect against rising rents. We looked hard at the facts, and the facts are that under the city’s plan, East New York will become more affordable for working men and women such as our members.”

According to union officials, the average salary for a DC 37 office aide is $30,644. Affordable rent for someone with that salary is $766 a month. For a custodial assistant making $33,363, the affordable rent is $834.

“DC37 represents city employees whose families are working their way into the middle class,” stated Garrido. “Among others, we represent school cafeteria, maintenance and clerical workers. These are families of modest means, and precisely the New Yorkers in need of affordable housing.”