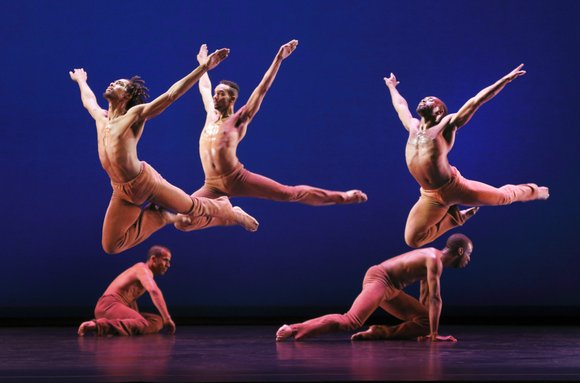 Just two years ago, the choreographer Paul Taylor announced a plan to reinvent his company, Paul Taylor Dance Company, by auctioning off some valuable pieces of art (four Robert Rauschenberg works given to him by the artist were included).

“I wanted to show other people’s dances besides mine, because a lot of young people especially don’t know anything about the history of modern dance,” said Taylor. “I wanted to get some of the old-timers on there, the founders. I thought it would be a way to show people important dances that they wouldn’t otherwise see.”

Under their new name, Paul Taylor’s American Modern Dance Company, according to Gia Kourlas writing in The New York Times, “…became a home for American modern dance, presenting masterworks along with pieces by a new generation of choreographers.” For the inaugural season, the Limón Dance Company performed Doris Humphrey’s “Passacaglia and Fugue in C Minor” (1938) and Shen Wei Dance Arts danced Shen’s “Rite of Spring” (2002). For this season at Lincoln Center (March 15-April 3), old and new works were Martha Graham’s “Diversion of Angels” (1938), in honor of Graham’s 90th anniversary, New York premieres of Taylor’s 143rd (“Sullivaniana”) and 144th (“Dilly Dilly”) works and world premieres from younger choreographers: “Rush Hour” by Larry Keigwin and “The Weight of Smoke” by Doug Elkins, commissioned for the company by Taylor as part of yet another initiative.

Taylor’s humorous “Snow White” (1983) brought the fairy tale to life in a way only he could. His angular “Profiles” (1979) and the always lovely signature, “Esplanade” (1975), fit nicely into this program. The evening’s highlight, however, was Donald McKayle’s 1959 masterpiece, “Rainbow ’Round My Shoulder,” danced by Dayton Contemporary Dance Company.

Founded in 1968 by Jeraldyne Blunden, and now in the capable hands of her daughter, Debbie Blunden-Diggs, DCDC is one of few companies privileged to house works such as McKayle’s signature “Rainbow.” The company secures the largest repertoire of classic works by African-American choreographers that arguably break down barriers and at the same time connect us. As Blunden-Diggs said, “We’ve been under the radar for a while.” Well, if this performance as part of PTAMD is a signal of their coming out from under the radar, it is an exceptional one. “Rainbow,” which depicts workers on a chain gang telling their story of the African-American experience, is captured and danced with richness. The men (Devin Baker, Michael Green, Joshua L. Ishmon, Robert Pulido, Alvin Rangel, Quentin Apollo Vaughn Sledge and Demetrius Tabron), in long-lean form, trudge along the stage, arms extended from hunkered backs and crisscrossed to make their wall of chain, broken only when one falls off. And the only woman, Alexis Britford, in a part originally danced by the late Mary Hinkson, was just beautiful. DCDC first premiered the work in 1987, and we hope they will make many return trips to New York.