Will the Democrats avoid a split? 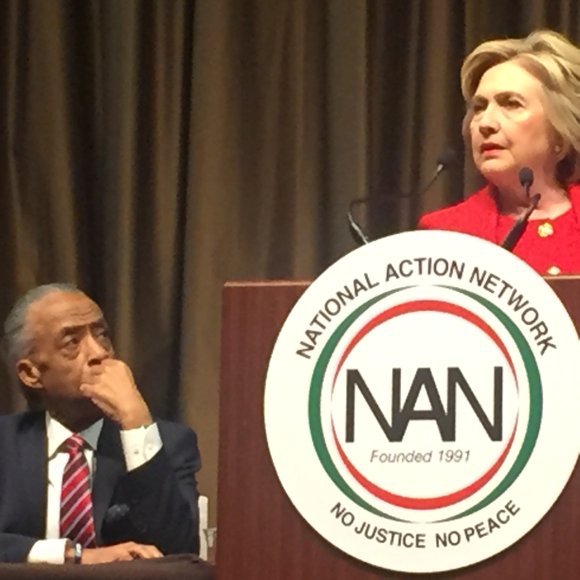 It’s probably enough that New York is now the center of attention during the presidential campaign. Competing with the state’s importance is the considerable flak and circumstance in both political parties, giving the primary vote here next Tuesday added significance.

On the Democratic side, we wait to see how Hillary Clinton and Sen. Bernie Sanders will handle the recent surge of contentiousness between them, some of which is sure to surface during their debate on Thursday.

A question about whether each candidate views the other as qualified to be president is sure to be asked. Sanders’ appearance at the New York Daily News editorial meeting, in which he allegedly failed to fully explain his position on a solution for Wall Street and taking the banks to task, is sure to be a topic of concern. And Clinton’s charge that the guns used to commit most of the violent crimes in New York come from Vermont should resume the candidates’ discussion on gun control.

Momentum is the operative word from the Sanders’ camp and rightly so with his succession of recent victories, including his most recent one in Wyoming. Even with his win, the proportionality of things Democratic meant that the candidates split the state’s 14 available delegates.

Split and delegates are key terms as the primaries continue, most of them closed, thereby nullifying the independent vote. Sanders and Clinton are certainly not unaware of how important it is to keep the party unified, no matter who wins the nomination. Rumors are afloat that disaffiliated voters will either stay home or vote Republican if their candidate is not the nominee.

There could be a decisive showdown in Philadelphia during the convention, though Clinton appears to be more likely to get the number of pledged delegates to give her the victory. But, as in the Republican primaries, if she falls short or has to depend on superdelegates, Philadelphia could be the source of a contested convention.

Both Sanders and Clinton are inundating the media with ads, each claiming—as Donald Trump has done on the GOP ledger—home field or hometown advantage. Both Democratic contenders have attracted a number of African American notables. At several events, including the Apollo Theater appearance for Sanders and at other events, Spike Lee, Harry Belafonte, Danny Glover and Dr. Cornel West have made appearances.

Clinton’s cadre of supporters are mainly from the Democratic party elite, and most of them are party leaders and longstanding New Yorkers.

Two factors may be decisive in the Democratic race: Will there will a large turnout that could favor Sanders, and will Clinton supporters feel it is necessary to vote if they believe she already has the votes to defeat her opponent?

Trump’s presence and possible victory could be the specter that arouses the Democratic vote, a fear factor to keep them ever-vigilant.

Both Clinton and Sanders have stated that either of them would be better than Trump, Sen. Ted Cruz or John Kasich, but that’s looking down the road and on the other side of the political divide. What remains crucial is that Clinton and Sanders don’t batter each other to the point of exhaustion, thus giving the Republican candidate an edge in the general election.