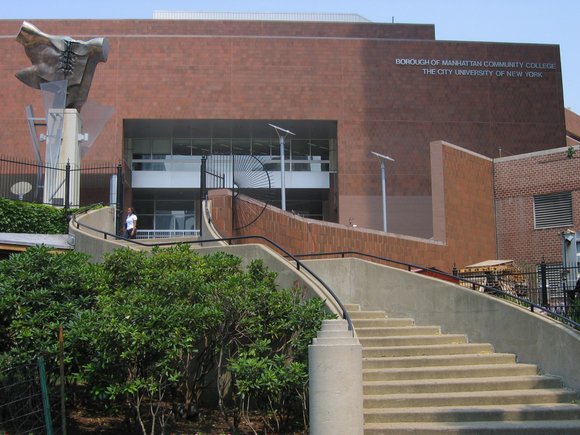 The City University of New York’s faculty and staff have worked without a contract for five years and without a raise for six years. The union that represents them has decided it has had enough.

Last week, the Professional Staff Congress announced a strike authorization vote May 2-May 11. Union officials warn that the vote to authorize a strike isn’t the same as a vote to strike. This vote would give the union’s executive council authority to call a strike if a “fair” contract can’t be had through other means.

According to PSC-CUNY President Barbara Bowen, the union won’t strike during this spring semester but might sing a different tune in the fall if nothing is resolved.

“The PSC is committed to mediation and ready to bargain non-stop, but the CUNY administration has failed to offer salaries that will support our families and our students’ education,” said Bowen in a statement. “PSC members do not want to strike, but the quality of the education we provide to CUNY students is on the line, and many of us are struggling after six years without even a modest cost-of-living increase. Every day we go without a decent contract erodes CUNY’s academic stature.”

In his recently released budget for the upcoming fiscal year, New York State Gov. Cuomo restored the $485 million that he threatened to cut from the City University of New York and pass the cost to City Hall. But PSC-CUNY members (and CUNY officials) weren’t happy that funding wasn’t provided for the settlement of CUNY’s labor contracts.

The City College of New York’s chair of the Department of Economics and Business, Kevin Foster, said low salaries and lack of pay increases have prevented him from providing the best education his students could receive. He also said that he struggles to recruit top professors in his field because of “uncompetitive” pay and lack of resources.

“In my department, of the 11 untenured faculty hired in the last ten years, seven left before a tenure vote, driven off by low pay, poor working conditions, crumbling buildings, heavy teaching loads, and lack of support for research,” said Foster in a statement.

PSC-CUNY officials said that the top of CUNY’s salary scale for professors is below the national average for economics faculty at every rank.

Another professor stated how their professional accolades haven’t led to the financial payoff that would normally be forthcoming.

“During this past six years with no raise, I’ve earned tenure, published a co-edited book, and taught a couple thousand CUNY students, many of whom face struggles academically and in their lives,” said Deborah Gambs, a sociology professor at Borough of Manhattan Community College. “Yet for nearly two years now I have needed a roommate in my Queens studio apartment to help cover my rent. I’m not a starving artist! I am a tenured professional with a full-time job, who lives in one of the most expensive cities in the U.S. I should be putting all my energy toward my students, who are working to overcome challenges far greater than the ones I face, but stagnant pay and rising costs don’t allow me to do that.”