Looking back on the life of Prince 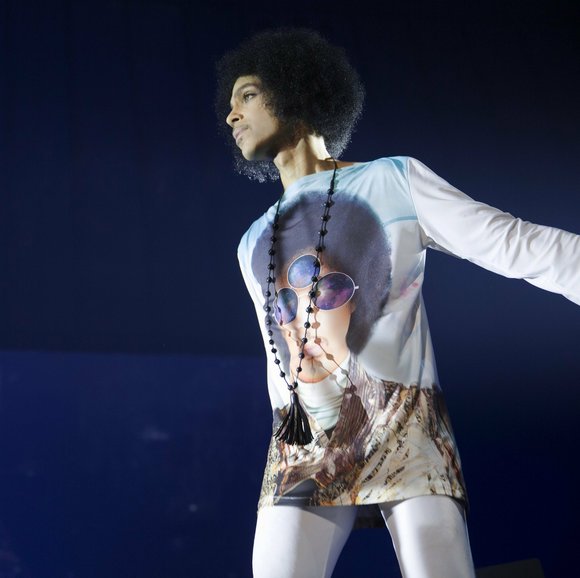 Prince Rogers Nelson, the innovative and unique musician who became one of the most iconic artists of his generation, has died. He was 57. Ralston Smith/NPG Records

Here is a look at the life of Prince, a multitalented entertainer famed for his eclectic sound, glittery wardrobe and provocative lyrics.

Other Facts: Prince has won seven Grammy Awards, and has earned 30 nominations.

Five of Prince's singles have topped the charts and 14 other songs hit the Top 10.

One Oscar win, for the original song score of "Purple Rain."

The singer's predilection for lavishly kinky story-songs earned him the nickname, His Royal Badness. He is also known as the "Purple One" because of his colorful fashions. In the film, "Purple Rain," his character was nicknamed "The Kid."

As the Minnesota Vikings prepped to take on the New Orleans Saints in the 2010 NFC championship game, Prince wrote a fight song entitled "Purple and Gold" to inspire his home team. The Vikings lost.

Timeline: 1978 - Prince's debut album, "For You," is released by Warner Bros. He plays all the instruments on the LP and produces it himself, making him, at 19-years-old, the youngest record producer in the history of Warner Bros. at the time.

1984 - The film, "Purple Rain," a rock drama starring Prince, is released. Its soundtrack, by Prince and the Revolution, contains hits like, "When Doves Cry," "Let's Go Crazy" and "Purple Rain."

February 26, 1985 - Prince wins two Grammy awards for "Purple Rain" - Best Album Of Original Score Written For A Motion Picture Or A Television Special and Best Rock Performance By A Duo Or Group With Vocal. He gets a third Grammy - Best Rhythm & Blues Song - for writing "I Feel For You," a hit recorded by Chaka Khan.

1985-1992 - Releases eight albums, one per year, including the soundtrack for Tim Burton's "Batman." Stars in two more movies, "Under the Cherry Moon" and "Graffiti Bridge." A concert film, "Sign 'o' the Times" hits theaters in 1987.

1993 - Changes his name to an unpronounceable symbol due to a dispute with his record label, Warner Bros. At the time, he is commonly called the "Artist Formerly Known as Prince."

1994 - Warner Bros. releases an abandoned collection of songs that has come to be known as "The Black Album." Bootleg copies of the tracks, recorded by Prince in 1987, had been circulating widely for years.

2000 - When the singer's publishing contract with Warner Bros. expires, he reclaims the name Prince.

2004 - Prince performs on the Grammy awards with Beyoncé. A month later, he is inducted into the Rock and Roll Hall of Fame.

November 2006 - Prince opens 3121, a nightclub in Rio Hotel and Casino in Las Vegas. He performs there on the weekends for six months.

February 4, 2007 - The Super Bowl features Prince as the halftime performer.

May 09, 2015 - Addressing the unrest after Freddie Gray's death in police custody, Prince releases the song, "Baltimore." He performs a Rally 4 Peace benefit concert in Baltimore the next day, with a portion of proceeds donated to youth groups in the city.