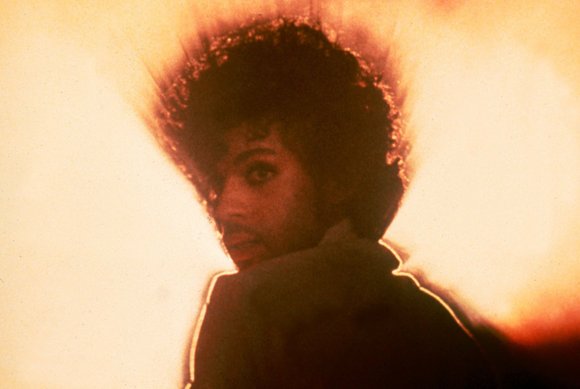 Prince is pictured here as The Kid in the movie "Purple Rain." Warner Bros. Entertainment

(CNN) -- Superstar Prince was a man of mystery, and there's a treasure trove of hidden facts, stories and memories still being uncovered about the pop icon.

Here are the top 10 things you probably didn't know about "The Purple One."

He killed it on the b-ball court

Prince may have been a diminutive 5-foot-2, but he was a beast on the court. His basketball prowess was unknown to the world until comedian Charlie Murphy shared his story about playing a late-night pick-up match with the artist back in 1985. Apparently, Prince wiped the floor with Murphy. He was also an avid sports fan, releasing the song "Purple and Gold" ahead of the Minnesota Vikings' 2010 NFC Championship Game against the New Orleans Saints.

Minnesota lost, but the song lives on.

He could take a joke

Prince had a sense of humor, at least when it came to comedy legend Dave Chappelle's shenanigans. In 2004, "The Chappelle Show" put together a skit recreating Murphy and Prince's basketball duel, which the artist later confirmed was true. The comedy sketch was so good that even Prince was a fan. The artist stuck an image from the show on his 2013 single "Breakfast Can Wait."

He loved "The New Girl"

Prince was such a big fan of the Fox comedy show "The New Girl," he emailed actress Zooey Deschanel telling her he only watched two things: Her show and the news. Prince even starred in an episode after the exchange. The pair hit it off, with Deschanel and Prince later recording the single "FALLINLOVE2NITE" together. It's on iTunes for all you nonbelievers.

He was in a comic book

Yes, Prince was a comic book superhero, starring in a storyline that's basically a mashup of "Purple Rain" and "The Dark Knight Returns." The issue published in 1991, and copies are selling as high as $375 on eBay. It's unclear whether the musician's alter ego had superpowers, though.

There's no star for Prince on the Hollywood Walk of Fame

Donald Trump may have a star on the Hollywood Walk of Fame, but Prince does not. That didn't stop someone from scribbling Prince's name on a Walk of Fame star on Thursday after news of his death broke.

There's no statue of Prince in Minneapolis

Prince and Minneapolis were almost synonymous. It was the place he still called home even after becoming an international pop icon. Despite rumors, Minneapolis never erected a statue for "The Purple One," although it did memorialize actress Mary Tyler Moore on the Nicollet Mall downtown.

The was more to him than funk. Prince released a jazz album called "Madhouse" in 2003. This musical genre didn't come out of left field. His parents were jazz musicians and his father had a band called the Prince Rogers Trio, which inspired the artist's name.

Prince was in 3 movies

Everyone knows about Prince's 1984 romantic drama "Purple Rain," in which the artist played a character called the "The Kid." However, the singer also starred in two lesser-known full-length movies. First, there was an unofficial sequel to "Purple Rain" called "Graffiti Bridge," which didn't really resonate with fans when it came out in the 1990s, scoring 4.1 out of 10 stars on IMDb. Finally, there was the 1986 film "Under the Cherry Moon," a story about two Miami friends who are vacationing in the Mediterranean and try to romance a woman for her multi-million dollar inheritance.

He had a child

Prince and his second wife, Mayte Garcia, had a baby who died shortly after birth. The child's name was Boy Gregory. Prince and Garcia separated in 2000.

He was an activist

Prince was an advocate for promoting diversity, especially in the tech community in the later part of his life. He and his friend Van Jones had a conversation about the 2012 killing of unarmed black teen Trayvon Martin -- a conversation that inspired Jones to create the nonprofit YesWeCode, a movement to get young minorities involved in technology.