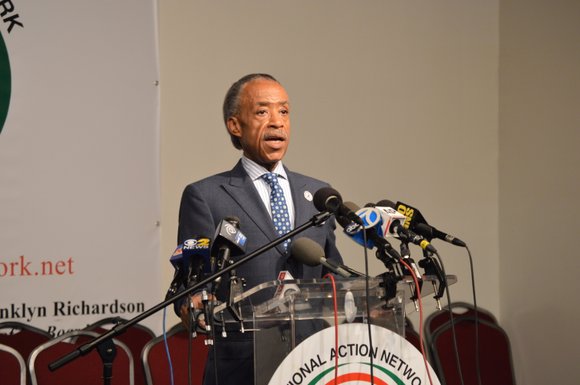 Rev. Al Sharpton is hosting the family of George Tillman and honoring the legacy of late superstar Prince during his weekly rally.

Tillman was fatally shot by NYPD officers on Sunday in Ozone Park, Queens. Reports indicate that he was allegedly holding an open alcohol container when officers approached him. Tillman had a gun on his waistband and allegedly ran as they approached him. Police say he reached for the weapon before officers opened fire shooting Tillman in the chest. He was pronounced dead at Jamaica Medical Center.

Sharpton will be joined by Tillman’s wife, mother, sister, stepfather, uncle and entire family, along with Erica Ford, CEO of LIFE Camp, Inc. who has stood by the family, Attorney Jeffrey Lichtman, Congressman Gregory Meeks and State Senator James Sanders.

As the aftermath of the death of singer Prince continues, Sharpton will conduct a special memorial in honor of the legendary entertainer and humanitarian.

Prince died this week at the age of 57 at his estate in Minneapolis, Minn. Tributes have been pouring in from around the world and Harlem has become an epicenter for celebration, particularly the Apollo Theater.

The rally will take place on Saturday at 9:30 a.m. at the National Action Network's House of Justice located at 106 West 145th Street at Lennox Avenue. It will livestreamed at www.nationalactionnetwork.net and broadcast on radio on WLIB 1190 AM