A taste of Nashville 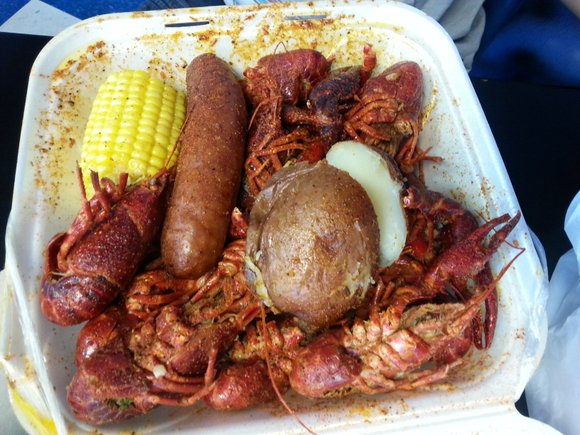 Take a look at any recipe and you’ll find a teaspoon of this, a dash of that, an ounce of something else, all combining to bring forth a mélange of flavors, textures, hues and bouquets to delight the five senses.

The same can be said for the gastronomic landscape in Nashville, where you’ll find a colorful, delectable, amazingly delicious mélange of global cuisine, peppered with a touch of the South.

Top picks in this metro area are numerous, as voted by residents and visitors alike. On this particular visit, we spent most of our time in the West End and downtown, where we enjoyed a cornucopia of fantastic meals for breakfast, lunch and dinner.

A great place to start a culinary adventure is the Nashville Farmers’ Market. Here, an array of local farmers, purveyors and artisans sell their homegrown produce, meats, dairy and other products to the general public, as well as to a large number of restauranteurs for their daily menus. You will also find 16 different restaurants serving an ethnic buffet of family recipes, including Swagruha Indian Cuisine, El Burrito Mexicano, Music City Crepes, Green Asia, The Peach Cobbler Factory and B&C Market BBQ.

I was itching to get back to Jamaicaway Restaurant (they also have a midtown location), where six years ago I enjoyed some of the best Jamaican cuisine in the country. Think oxtail stew, curry goat, callaloo, jerk chicken and salmon, ackee-n-salt fish, roti and several vegetarian entrees, including a to-die-for coconut tofu curry, accompanied by your choice of sides such as rice-n-peas, collard greens, Jonny cake, fried plantain and more.

Of course, you couldn’t come to Nashville and not have barbecue! Ask any local who they recommend and you’ll get a long list of favs, each offering their own distinctive flavor and flair.

We opted for Puckett’s Grocery and Restaurant downtown (also in Columbia, Franklin and Chattanooga), an authentic, hometown joint founded in the 1950s. Sandwich platters include Puckett’s BBQ pork, chicken or brisket, the Fried Green Tomato BLT and Puckett’s Mojo Burger—their famous patty with coleslaw, BBQ pulled pork, baked beans, cheddar cheese, pickles and a drizzle of BBQ ranch sauce. Dinner includes Puckett’s Cherry Smoked Baby Back Ribs, the Moonshine Platter with salmon or chicken and Shrimp & Grits and Southern Fried Catfish, just to whet your appetite! They also serve traditional breakfast options plus true eye-openers such as the Southern Stack, slow-smoked pulled pork over sweet potato pancakes with fried apples topped with a fried egg and a side of home fries, and the “King’s” French Toast, brioche bread filled with bananas and peanut butter, and then egg dipped and pan fried and topped with powdered sugar. Puckett’s also features live entertainment several nights a week.

We fell head over heels for Biscuit Love. Located in the hip, Gulch neighborhood, this hugely popular restaurant derives most of their ingredients, coffee and beers from local businesses, including four different regional hams. But it’s the morning offerings (they are also open for lunch) that set them apart.

Don’t worry, the healthy stuff goes off the chain, too, with the Bananas Foster Oatmeal served with coconut milk, caramelized banana jam, fresh bananas and pecans, and the Greek yogurt with their house-made granola, blueberry compote and blueberry balsamic.

If you love seafood, by far the best place to satisfy that craving is at Seafood Sensation. Situated in a nondescript strip mall a few blocks from Tennessee State University, this Black-owned, no-frills, order-at-the-counter neighborhood place draws an ethnically diverse crowd from all around the city. Fair warning: All of the plates are huge and so fresh you can almost smell the salt air!

We threw down on the all-crab-meat (no fillers, only spices) crab cakes, crawfish (in season) and steamed lobster tail. Other menu items include the catfish, whiting, tilapia or fried shrimp; Dungeness and Alaskan king crab or steamed mussels; and grilled salmon, tilapia or chicken—all platters served with seasoned corn on the cob, potatoes and broccoli in their special butter sauce. Honestly, it is some of the best seafood I have ever tasted, particularly from a city not sitting along a major body of water, and a must when in Nashville!

There’s one more excellent Nashville restaurant to talk about, but its backstory and menu really warrant its own feature, it’s just that good. I’ll give you a little hint: The Colonel’s got nuthin’ on this place!