Prince and his revolution 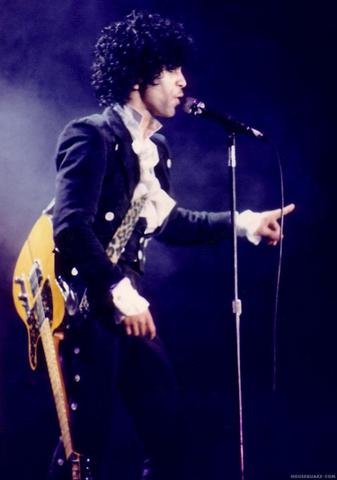 I have read so many thoughtful reflections on the passing of Prince Rogers Nelson and the genius of his songwriting, guitar playing, style and fashion, and his quiet activism. I know I am not alone when I tell you that the passing of Prince hit me in a way I don’t quite have words to express. I remember receiving his “Purple Rain” cassette as my stocking stuffer one Christmas. I played that white tape on my Walkman over and over and over while dancing around my living room. I was 6 years old and I felt free. I listened to the tape on automatic repeat for hours. The album was a musical journey for me, and I felt it, loved it and loved myself for loving it. That was the power of Prince’s music then and now.

Years later, I would debate with friends as to whether “Purple Rain” or “Sign o’ the Times” was the greatest Prince album made. He had so many hits, it was fun to list the various songs and explain, argue and debate as to which song put the respective album ahead of the other. Everyone had a Prince memory, emotion, time period in their lives that made them feel as though they had “heard” music for the first time. What must it feel like to create works of art that move people in places they did not know existed? What does it feel like to create music that connects people to the artist, themselves and others via a guitar rift, a high pitched note or a melody that takes your soul to heights of awe, confidence, wonder and inspiration.

To say that this loss is one that will be felt for generations is an understatement. The mystique of Prince lulled me into a sense of false security in that I assumed he would be an artist making music well into his 90s. But the universe saw it otherwise. As I reflect on all of the confident and talented women who surrounded Prince on each album, his gender nonconformity and his comfort in his own skin, I realize Prince has given me more than just the gift of music. He also gave me and countless others permission to be unapologetically who we are. And as I look more closely at his work, I see he also gave me permission to be unapologetically Black as well.

In the days, weeks and years to come, we will continue to discover new details about Prince, his unreleased troves of music and his quiet philanthropy and mentorship to countless Black activists and musicians. He created a revolution in the music industry and gave so many young Black people the idea that they, too, could create their own revolutions simply by being who they are meant to be, without conforming to society’s preconceived notions. And for that and so much more, we are all a little more free. Thank you eternally, and rest in peace, sweet Prince.