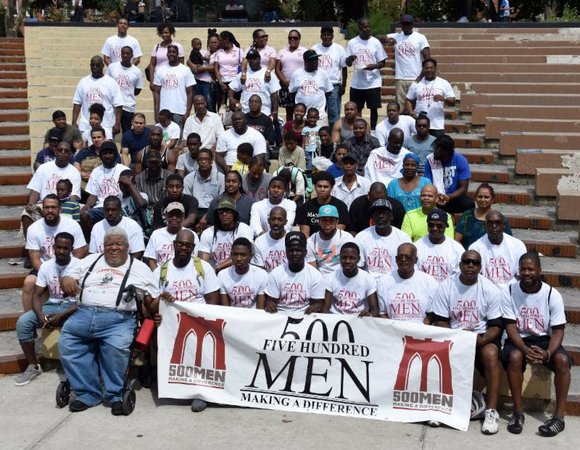 Saturday Aug. 6, 2016, the 500 Men Making a Difference is going to host their seventh annual Men’s Day. The aim of the group is to motivate and become mentors in their communities. This nonprofit organization was founded by Wayne Devonish in 2010.

Devonish is a prominent figure in the Brooklyn community. He is an entrepreneur and a community activist. He works to change the stereotypical status of Black men and mentor younger generations, telling them that they can become successful if they put their minds to work. Although Devonish’s organization works within all five boroughs, it is based in Brooklyn. Their main focus is on young men in age range of 12 to 22 years. For their seventh-year event, they will be hosting a 5K run, a concert and a water fight.

Starting at 8:30 a.m., the organization will meet at the Herbert Von King Park for the 5k run, which will last from 8:30 a.m to 10:30 a.m. Several activities will take place after the run: a basketball tournament, workout contests and a barbeque. At 1 p.m., there will be a massive water fight for people aged 6 to 60.

At 6 p.m., the Bed-Stuy Music Festival will start. At this free event in Von King Park, Memphis Bleek will be performing. Headlining a later concert at 8:30 p.m. at the Christ Fellowship Church will be soulful singer Kenny Lattimore. Funk Master Flex will be spinning tunes at the after-party at the BK Tap House, 590 Myrtle Ave., Brooklyn.

If you would like to register for the 5K run or get tickets for the evening show, visit www.500MenMakingaDiffenrence.com.