Alexander Twilight, the first African-American college graduate in US 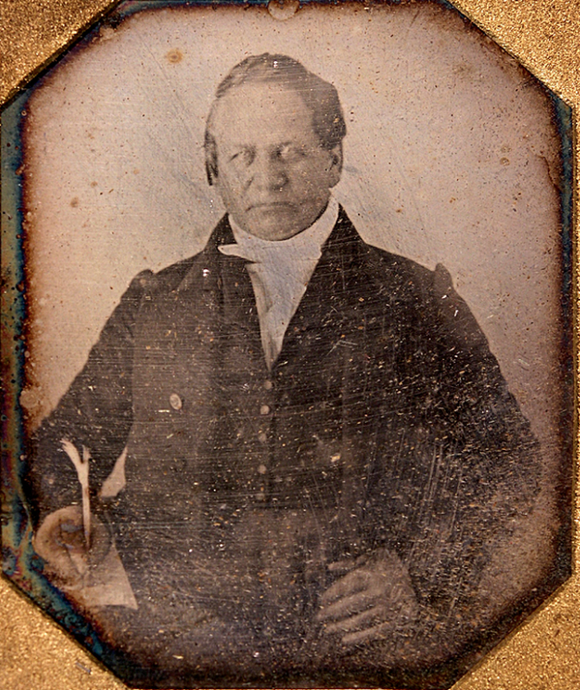 In this fervid election season with such unpredictability, the American public is getting a massive dose of politics, some of the civic lessons they never learned or have forgotten. A recent edition of the New York Times listed all of the pioneering minority elected officials, including Alexander Twilight.

It’s a good bet that most of you have never heard of him or any of his accomplishments.

Twilight is reputed to be the first African-American college graduate in the U.S. He was born Sept. 23, 1795, on a farm in Corinth, Vt., to a mixed-race couple. His mother, Mary Twilight was a fair-skinned woman, who might have been white, and his father, Ichabod Twilight, who fought in the Revolutionary War, was certainly of mixed ancestry.

According to a website at the Orleans County Museum, it appears that Twilight labored for a neighboring farmer in Corinth, probably beginning around 1803, when he was only 8 years old. “There is no proof that it was an indenture agreement,” the website stated. “For the next 12 years he learned reading, writing and math skills while performing various farming duties. He was able to save enough (probably with some assistance from the farmer for whom he labored) to enroll in Randolph’s Orange County Grammar School in 1815 at the age of 20. During the next six years (1815-1821), he completed not only the secondary school courses but also the first two years of a college level curriculum. Following his graduation from Randolph he was accepted at Middlebury College, entering as a junior in August of 1821.”

For several years he taught in Peru, N.Y., and at the same time studied for the Congressional Ministry. In 1826, he married Mercy Ladd Merrill.

The couple moved to Vermont, where Alexander pastored congregations in Vergennes and Brownington. He also became headmaster of the Orleans County Grammar School. His ingenuity and devotion were instrumental in the design and construction of Athenian Hall, a building created to serve the needs of the city’s expanding population. It contained classrooms and a dormitory.

In 1836, he was elected to the Vermont General Assembly, becoming the first African-American to serve in a state legislature in the U.S. Eleven years later, Twilight was embroiled in a contentious disagreement with the county board administrators, and he moved to Quebec, Canada for five years.

But shortly thereafter he returned to Brownington to resume his role as headmaster. He continued in the church’s pulpit for only one more year and then resigned. He continued to lead the grammar school until October, 1855, at which time he suffered a major stroke, which left him paralyzed.

He died June 19, 1857, and is buried in the Brownington churchyard. His historic Athenian Hall, now called the Old Stone House, serves as the Orleans County Historical Society and Museum.

Accounts from those who knew Twilight as a teacher and minister indicate that he was a man of great integrity. He was also said to possess a very engaging sense of humor.

“His hand-written notes for sermons that he preached reveal a minister who was thoroughly acquainted with the Bible, which he considered to be of divine origin,” the Orleans County website reported. “He clearly was a man of firm convictions, and hoped to convince any who heard him to be persuaded of what he had to say. He saw human history as progressive, directed by God, ever bending toward an increase in individual freedom, which was guided by conscience, and which he viewed as ‘an inestimable treasure….given to man by his munificent Creator, as an inalienable inheritance’ (Sermon #14). He regarded slavery as a relic of older civilizations and considered it to be out of place in a Christian democracy. (But as far as we know he refrained from being active in local abolition groups.) He preached in favor of total abstinence from alcohol. Vermont officially became a temperance state in 1852.”

The website continued, “Due to diminishing school enrollment Athenian Hall, the school dormitory was closed for good in 1859. For a brief time, Mercy Ladd Merrill Twilight continued to live there with a few boarders. She then continued alone until finally moving to Derby, a few miles north, in 1865. When she died in 1878, she was buried next to her husband in Brownington.”

An academy in Sacramento, Calif., and a theater and school in Vermont are named after Twilight.