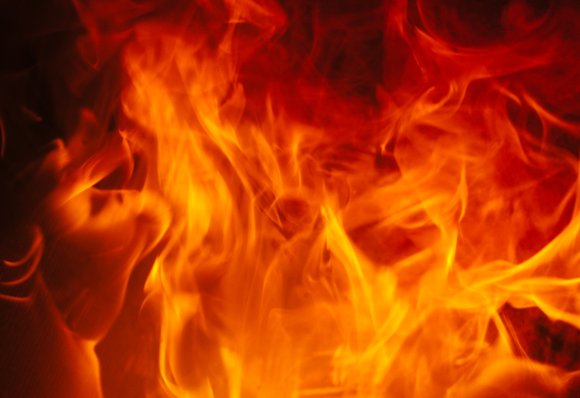 "I told everybody it's appalling to think about what's taking place," Sikora told CNN. "Our city has never had an issue like this. Not in 26 years. Quite frankly, it sickens me."

An outpouring of support

The fire left Walker's family without their home.

"That was everything that we owned and we pretty much have to start all over," Walker told CNN affiliate WKBW . "We have two young kids and trying to explain to our 4-year-old that we have to move and go to a different house, it's going to be a change for her, for us."

The family says the outpouring from the community has been overwhelming. Residents have brought food, money and clothes.

"They have a lot of pieces to put back together," Walker's uncle, Robert Sands, told CNN.

"Unfortunately we couldn't take anything because there's nowhere to put it."

Walker has been a volunteer firefighter at Gratwick Hose Fire Company for two years. He helps in medical situations, Sikora said.

A sign outside the fire department now reads, "We support Ken Walker."

Brennan told CNN that he was at the fire house for 15 hours on Thursday, answering calls of support from all over the nation. One Orlando woman called and offered to fund a Disney World vacation for the Walker family, Brennan said.

The community's support has been "unbelievable," Brennan said.

"The note was really enough to raise the ire of the community," he said. "I was born and raised here. This is not a racist community, nor has it ever been."

Officials hosted a donation drive in support of the Walker family Sunday, and over 500 people turned out to donate more than $15,000 and a "banquet hall full of furniture, baby clothes, diapers" and other items, Brennan said.

Many local stores and businesses have already been offering donations and support to the Walker family, according to Brennan. Additionally, donations have piled by the door of the fire company.

Two California firefighter unions and other organizations are offering Walker and his family an all-expenses-paid trip to Los Angeles that includes lodging.

Brennan said Walker and his family are very grateful.

"Ken is a very humble and very respectful and thoughtful individual," Brennan said of his colleague. The fire company president said Walker hopes to be able to return to his normal routine as quickly as possible.

Sands said his nephew's family is holding up as best as they can.

"They're doing OK. They're holding it together," he said. "They're trusting the process that law enforcement will do their job and get them some answers."

CNN's Alison Main and Ellie Kaufman contributed to this report.