Jazz on the Hill, Jazz in the Valley, Harlem/Havana 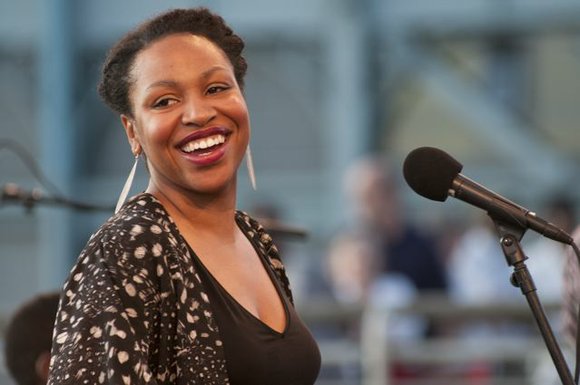 The tenor saxophonist, composer, arranger and big band leader Jimmy Heath will celebrate his 90th birthday in October, but on Aug. 13, he will start his major birthday celebration early at “Great Jazz on the Great Hill” in Central Park (106th Street and Central Park West).

The NEA Jazz Master became a fixture in his hometown of Philadelphia. One of his earlier big bands (1947-1948) included John Coltrane, Benny Golson, Specs Wright and Cal Massey. During the band’s engagements at Harlem’s Apollo Theater, Charlie Parker occasionally sat in. Later, in 1959, Heath had a brief stint with Miles Davis’ group.

Heath is one of the original beboppers and swings with a hip vengeance. His last engagement at Manhattan Blue Note made it evident that this upcoming performance will be a real treat, a magical jazz moment.

In the midst of the summer heat Jazz in the Valley’s all-day concert has made Poughkeepsie, New York, an annual pilgrimage for jazz enthusiasts from Philadelphia to Boston.

The concert at Waryas Park encompasses a picturesque view of the Hudson River Valley, and the musical background will make it one of those unforgettable life canvases.

Aug. 21, the 16th annual celebration of America’s music (from noon to 6 p.m.) will present the pianist, composer and jazz guru Randy Weston, and the trombonist, arranger, composer Craig Harris will take folks on a journey from the depths of funk to straight-ahead jazz and beyond.

On the Latin front, Chico Alvarez & the Palomonte Afro-Cuban Big Band will give the audience an opportunity to exercise their salsa moves. The young vocalist Charenee Wade, who commits to a song like Abbey Lincoln will open at noon.

This year’s lineup of free performances on the Waryas Park pavilion stage will include groups led by guitarist Slam Allen and vocalist Stephanie Hancock, as well as the Dutchess Community College Jazz Ensemble and the Mike Torsone Memorial Band led by trumpeter Matt Jordan.

Jazz in the Valley began as an afternoon of music when TRANSART received an individual artist commission from the New York State Council on the Arts to commission Ahmad Jamal to create an original composition for the organization. Inspired by the natural beauty of the area, he created “Picture Perfect,” which was first heard at a summer concert in 2000.

Jazz in the Valley’s educational component is “Behind the Beat: Intro to Jazz,” a series of workshops conducted in local public schools by featured artists, who introduce young people from the region’s underserved areas to jazz music.

“This is in keeping with TRANSART’s goal to create a new generation of listeners from our youth that are unaware of the music, its historical significance and the artists that create it.”