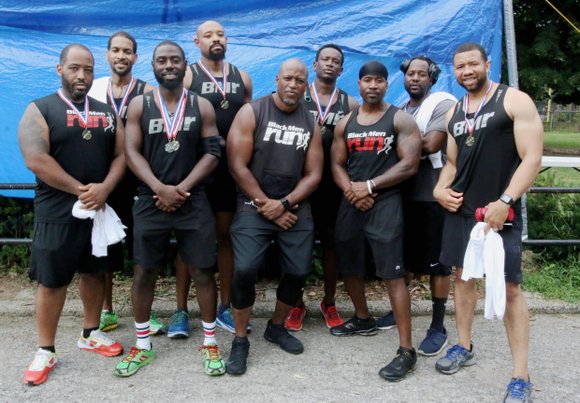 On a beautiful bright summer Saturday morning (Aug. 6, 2016) dozens of people showed up to participate in the 500 Men Making a Difference second annual 5K run, as they hosted their seventh annual Mens Day in Bedford-Stuyvesant. Families came both to run and to show support for the neighborhood athletes. Some people ran for health reasons, others ran because it is their hobby and still others ran because they wanted to support the organization founded by local community activist and organizer Wayne Devonish. All proceeds from the event go to the Von King Park Conservancy, the community partner of the lovely Herbert Von King Park. There was even more to the weekend, with performances in the late afternoon and evening from Memphis Bleek and Kenny Lattimore, and a Funkmaster Flex after-party. For more information, log on to http://500menmakingadifference.com.