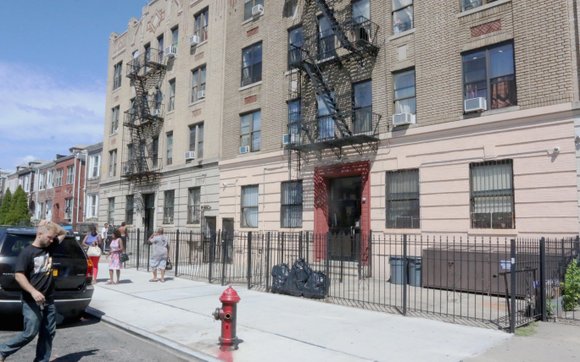 Site where Gavin Cato was killed and his cousin was injured. Lem Peterkin photo

I’m sending this letter to you regarding the Crown Heights Riots in 1991. Til this day, reports are still blaming Mayor David Dinkins for not being aggressive enough in stopping the riots in Crown Heights. I was there as an observer, reporting back to Mayor Dinkins. Any restraint that was used was to minimize injury and possible deaths to people in the community. Mayor Dinkins’ critics wanted him to stick the police on the community, busting heads and possibly killing a few residents. Governor Mario Cuomo allowed his Director of Criminal Justice, Richard H. Girgenti, to release a report that was accusing Mayor Dinkins and Commissioner Lee Brown of failure to protect the residents of Crown Heights. This was done deliberately just before the primary so that Mayor Dinkins would lose the majority of the Jewish votes, allowing Rudolph Giuliani to become mayor. The aforementioned was done because I believe that they did not want to see a Black man become mayor for a second term.

Mayor David Dinkins’ first year was one of record crime that he inherited from Ed Koch. Mayor Dinkins turned things around; he instituted “Safe Cities, Safe Streets,” which resulted in violent crime being reduced. Mayor David Dinkins was one of the greatest mayors of New York City.