An interview with author Greg Tate 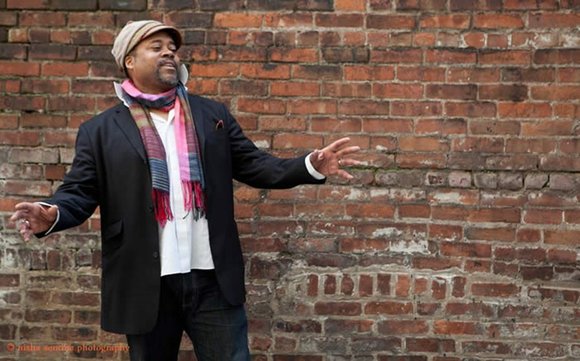 African-American author Greg Tate can be described as one of most influential Black music critics in Western culture, as his journalistic pursuits and published anthologies have been analyzed in educational institutions for 20 years. Tate’s contribution to arts criticism and African-American studies has lead him through a career of releasing published volumes of works that continues to grow up until this day—this moment—when the follow-up to his 1992 debut anthology, “Flyboy in the Buttermilk,” emerged earlier this month.

Last week, we explored the contents of the follow-up, “Flyboy 2: The Greg Tate Reader,” but Tate and I took the time to talk about broader topics, such as his childhood and the actual reality of how music criticism affected the Black community in Harlem in the 1970s and ’80s.

AmNews: Why did you decide to write a follow-up to “Flyboy in the Buttermilk?”

Tate: I’ve had a lot of people tell me that the collection [“Flyboy in the Buttermilk”] is a serious contender as a classic. I figured why not take this opportunity to look at the work I had done since 1992 and also go back and include some things that I wasn’t able to get into Flyboy. I was contacted six years ago. I decided to draw out the selection process. I’m glad I did.

AmNews: Is writing a natural gift of yours? Did you write when you were a child?

Tate: My mother saved a piece I wrote the night after the Martin Luther King assassination. I was about 10 or 11 years old. When I look back at it I think, “OK, I was a thinking young guy.” I grew up in a real political family. There were always conversations, meetings and rallies going on and a lot of literature. My mother was a big magazine subscriber, so there was a lot of serious journalism [in my house]. I was a precocious reader. I think for most writers reading is your preparation. I had a serious book collection by the time I was 17. I was a serious record collector as well. By the time I moved to New York I was 23, and I came with about 5,000 vinyl albums.

AmNews: When did you know you were going to make writing your profession?

Tate: Some friends of mine and I started our own arts journal when I was in college at Howard. Some of the first jobs I had were working on local publications, editing and writing. I was always thinking about music and I was always arguing with music critics in my head. Music was so central in our everyday experience in Washington D.C., you could go out any night of the week and hear live music.

AmNews: You started writing before the crack era in New York City hit in 1986. Did your writing change, or was it affected by the epidemic in the city?

Tate: I moved to Harlem in 1984. I can recall the day the FBI ran the Jamaican weed dealers out of Harlem and within a few months time, the Dominicans came in and the crack trade moved in my neighborhood full force. Harlem in particular became dominated by a “30 block drug bazaar,” where you could get drugs on any corner. Kids were directing people, telling them where to go. You knew the police were in on it. It wasn’t even speculation. They were actually robbing drug dealers. They were getting paid off. There was no way you could have that much dope being sold on every corner and not have them know.

AmNews: Did you ever write any commentary on this experience and observation?

Tate: Yeah, it came through it music because the musicians were starting to think about those things. It definitely came out in hip-hop: Eric B. and Rakim and Public Enemy … there were pieces I did on the neighborhood itself. A lot of people were involved in just maintaining sanity.

AmNews: In regards to music criticism, do you think the number of Black rock music critics who cover diverse styles of music has dwindled over the years?

Tate: Here’s the thing: Let’s go back to pre-civil rights when we had a thriving Black independent press in America. Every major Black city had its own major newspaper. All of those publications had music writers. Ebony Magazine had great coverage of Black music. In the ’70s you had a number of Blackcentric music publications come out as well. What happened in terms of my generation, Black music started to the resemblance of rock music, and it was really because of the Black musicians who had become part of the psychedelic scene, like Jimi Hendrix, Arthur Lee and Sly and the Family Stone. They had an impact on R&B music because they moved the band, the instrumentalists to the forefront instead of just being the guys who were backing the singer. At that point, Black writers who were interested in rock music started trying to crack the racial divide at places like Creem Magazine and Rolling Stone. There was still a barrier, but there was one Black writer who broke through. His name was Vernon Gibbs. He set the precedence for me and other writers.

Generationally, Black people who lived in Harlem would go down to the village and see Deep Purple and Led Zepplin play. They claimed all of it. White writers who were inspired by musicians like John Coltrane, Ornette Coleman and Pharoah Sanders were taking LSD before the hippies did. But now, you have writers who arrived after the social experiment happened, and they don’t even know how intertwined the Black and white experiences were. Funkadelic was playing the same clubs as the MC5 and were hanging out in the same parts of town, Sun Ra’s band was there. A lot of these writers were just late to the party socially.