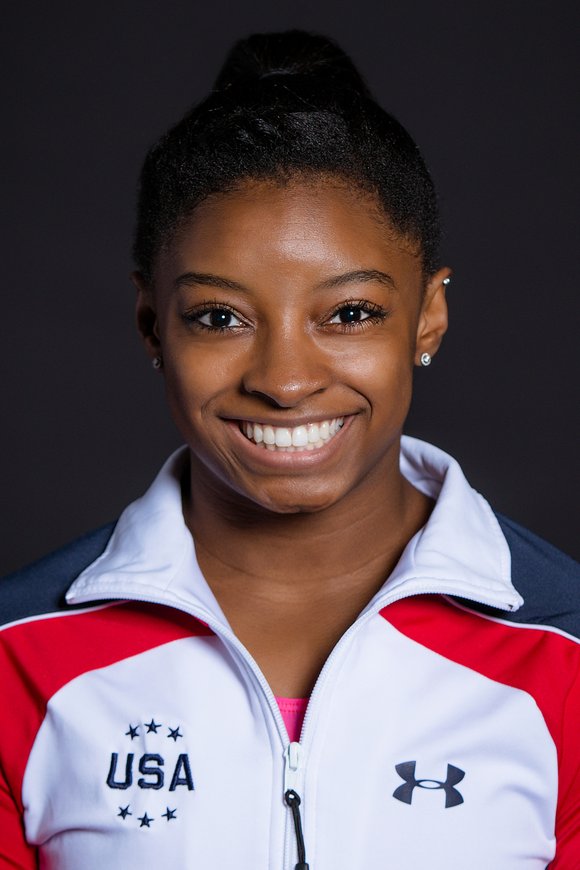 The Olympics in Rio have been the Games of historical accomplishments. Whether it was swimmer Michael Phelps surpassing all Olympians—modern and ancient—in medals won or sprinter Allyson Felix becoming the most decorated U.S. woman in track and field, it has been an Olympics for the books.

Among the athletes who have garnered a lion’s share of the headlines is gymnast Simone Biles, winner of four gold medals, five overall. A tiny but tough 4-foot-9, Biles not only led the U.S. to a commanding victory in the team event, but also became the fourth consecutive U.S. woman to win the individual all-around title, following in the footsteps of Carly Patterson (2004), Nastia Liukin (2008) and Gabby Douglas (2012).

“I’m so proud and honored to have been on the front of that,” said Patterson.

Patterson said that Biles is an incredible gymnast with great flair who makes the hardest elements look easy.

“You want to make it look effortless and easy, and that’s exactly whaat she does,” Patterson said. “She’s doing incredibly difficult skills. She is so much fun to watch and no one else can come close to her. No one else has the difficulty that she has. She’s obviously got the mental strength to be able to carry out those routines in pressure-packed situations at the Olympic Games. That’s what makes a champion.”

National team coordinator Márta Károlyi, who is retiring after these Olympics, has been credited for building the program and making athletes like Biles invincible. Although gymnastics is an individual sport, there has been team bonding during monthly visits to the Károlyi ranch in Texas. There the gymnasts learn how to perform under pressure.

“That’s why we’ve seen so much success with the women’s program,” said Patterson. “It all becomes a mental game when you’re at an Olympics. You’re ready.”

“To put the talent, the expectation and the hard work together, that’s why you’ve seen such a gap with the rest of the world,” said Patterson.