Next for Olympic gold medalist Simone Biles: Role-modeling and cliff-jumping 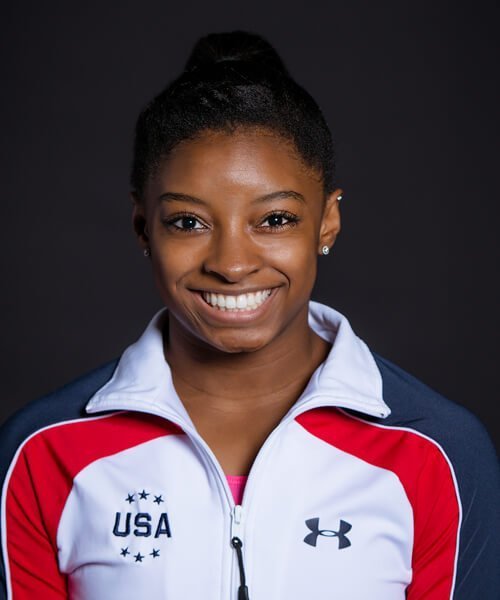 Simone Biles had all but clinched a spot on the team ages ago, and she's expected to dominate in Rio. From USA Gymnastics

Editor's note: Kelly Wallace is CNN's digital correspondent and editor-at-large covering family, career and life. Read her other columns and follow her reports at CNN Parents and on Twitter @kellywallacetv.

She's added a million followers on Instagram in the past month and got a surprise visit in Rio from her celebrity crush, actor Zac Efron.

Though she's still on "cloud 9" after that visit, she's looking forward to some typical teenage fun post-Olympics, going on "a lot of vacations" and maybe even trying her hand at cliff diving, snowboarding and skiing, activities she couldn't do while training for her Olympic dream.

The 19-year-old phenom, the first American woman to win four gold medals in gymnastics in a single Olympics, is also aware of what a role model she has become to millions of little girls everywhere. She's dazzled us grownups too with her athleticism and empowerment in the face of the sexism that still exists in sports, even at the highest level at the Olympic Games.

It was in Rio that Biles announced that she's not the next Michael Phelps or the next Usain Bolt. She's the first Simone Biles. Amen to that.

We caught up with Biles by phone from Rio and asked her whether she has realized the magnitude of her accomplishments and how she hopes to inspire girls, even the smallest ones. Our Q&A has been edited for length and clarity.

CNN: Has it fully sunk in that you are the first American gymnast to win four gold medals in a single Olympics?

Simone Biles: It has not sunk in yet, because ... I didn't think about it. I guess everyone else knows all the records except for us. I know me and the team broke a couple [of records] ... and it's very cool to accomplish this, but we just tried to do the routines we did in practice.

CNN: Is it true you gained a million followers on Instagram over the past month?

Biles: Yes, it is. I'm at 2 million something [followers]. I don't know how it happened. It was just crazy.

CNN: Are there other signs of how your life has suddenly dramatically changed?

Biles: Actually, [Thursday] we were here in Rio and there was paparazzi. ... It was for the team. And it was different. It was very weird.

Biles: (laughs) I guess so.

CNN: There are countless little girls who watched you win gold and now want to be just like you. There is real pressure in being a role model and a real opportunity. What message do you hope to send to all these girls who are looking up to you?

Biles: To always have fun in what you do, because I think that's when you're the most successful.

CNN: You said during these Games, you're not the next Michael Phelps or the next Usain Bolt. You are the first Simone Biles. Was that a spontaneous response, or had you been thinking of that?

Biles: No, it just happened at the spur of the moment.

CNN: What message were you trying to send with that statement?

Biles: Because you can't compare two people from different sports, and they have gone to the Olympics before, and they've done so much and I haven't, and I feel like I'm my own person. Why do you have to compare us to someone else?

CNN: You appear in this "Evolution of Power" video sponsored by Tide Pods. The message is how much gymnastics has changed from the days when Comaneci dazzled to how much more power women today are demonstrating. What's the message here?

Biles: I think, over the past couple of years, everything is changing and evolving, but you have to start somewhere, and [the gymnasts from the past] are the ones who paved the path for us to be where we are now. ... They're the ones that started the journey and we're just on the ride.

CNN: You are considered the most powerful gymnast ever, and yet you are one of the smallest. Is there a message here for little girls out there who may be interested in or are playing sports now?

Biles: Yes, because if you're small, you can still do anything just like anybody else. It doesn't mean you can't, so I think that's what it is.

CNN: Is there one thing that you haven't been able to do while training for the Olympics that you can't wait to do as soon as you can?

CNN: Will your parents allow you to do those activities, or are they waiting until you decide if you'll try to compete in Tokyo in 2020? How soon could we hear you may be snowboarding in Colorado in the winter?