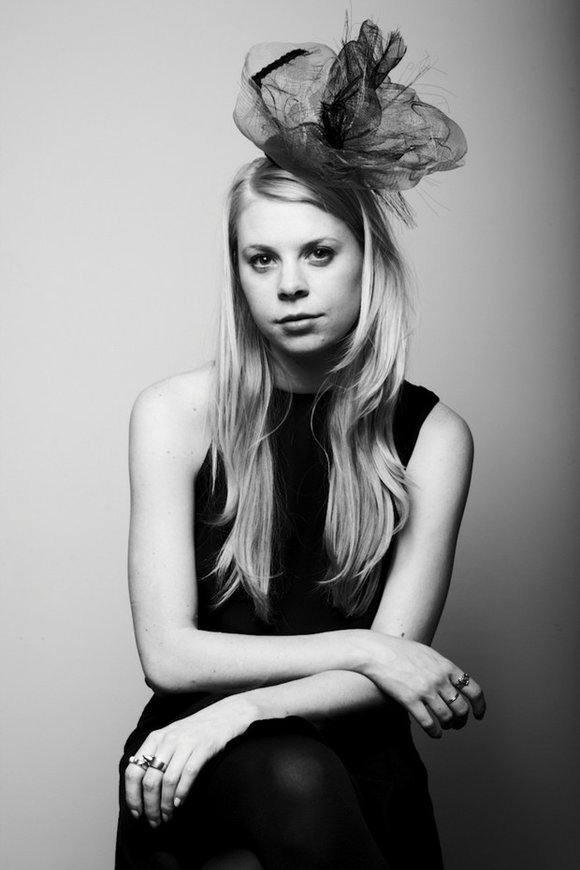 A. Millner Gigi Burris shows of her Resort hat.

It’s the season for fashionable straw hats. Madonna was spotted in Havana, Cuba, wearing the Drake hat from Gigi Burris Millinery’s Resort 2017 collection. The look is sophisticated, well-dressed and comfortable. Hats are also great for keeping the sun out of your face.

Gigi Burris started a millinery business from her passionate love for headwear and luxury. Her existing interest in millinery was heightened while studying at Parsons Paris, where she frequently visited the Old World Le Mercerie shops. After returning to New York City, she studied under couture milliner Leah Chalfen at Parsons School of Design. She gained more experience while working as an apprentice with Chalfen in her personal studio. Burris (pictured in the black hat) graduated with a BFA from Parsons in 2009, where she was nominated for the Designer of the Year award.

In the beginning, Burris worked directly with clients and stylists on made-to-order couture pieces. Her brand began to focus on a seasonal wholesale business in 2011. Gigi Burris Millinery became globally represented in 2013 with top-tier multi-brand boutiques worldwide. As a sixth generation Floridian, her favorite material is alligator skin. She is also known for intricate feather and couture handwork. Burris, 28, resides in New York and her studio is located on the Lower East Side.