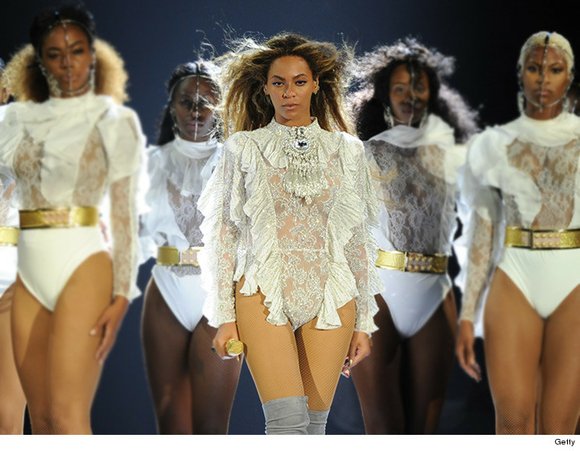 (CNN) -- The 2016 MTV Video Music Awards were free of controversy and full of powerful performances. From Beyoncé's surprise stage re-creation of "Lemonade" to Britney Spears' big comeback, here are some of the best moments from Sunday's show.

Beyoncé brings down the house

Queen Bey walked the red carpet with several of the women featured in the "Lemonade" visual album -- mothers of gun violence victims among them. Midway through the show, Serena Williams introduced Beyoncé for an unexpected performance of several of her "Lemonade" hits. The album scored Beyoncé eight Moon Man trophies -- including Video of the Year for "Formation."

Back with a capital 'B.' Britney Spears returned to the VMA stage for the first time since 2007 and slayed. The pop star performed her new single, "Make Me" with G-Easy. The two had a clear connection and she was back in the dance form that made her famous.

Kanye West is an artist...and a businessman

Kanye West took the stage to talk about art and merchants. We're still trying to figure out what his point was, but he compared himself to Walt Disney and Steve Jobs. West also poked fun at the time he grabbed Taylor Swift's microphone in 2009 and hinted, once again, that Swift knew about the line "that b*tch" in his song, "Famous." He then premiered his new music video for "Fade." It featured a lot of dancing, suggested sex and a bizarre ending involving animals.

Rihanna all night, every night

Rihanna performed several of her hits throughout the night including, "We Found Love," "Where Have You Been" and "Work." At the end of the show, Drake surprised viewers by presenting RiRi with the Video Vanguard Award. The rapper missed accepting his own Moon Man trophy for Best Hip Hop Video earlier in the night. (He was "stuck in traffic," according to Sean "Diddy" Combs.) Drake, who has reportedly dated Rihanna on-and-off for years, said he admired her before adding, "She's someone I've been in love with since I was 22-years-old."

Video of the Year

Calvin Harris ft. Rihanna -- "This Is What You Came For"

Calvin Harris & Disciples -- "How Deep Is Your Love"

Song of the Summer

Fifth Harmony featuring Fetty Wap -- "All In My Head (Flex)"