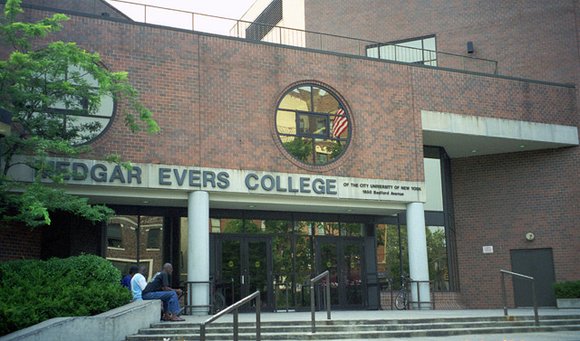 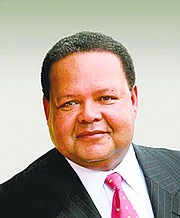 In the wake of the stunning outcome of the recent presidential election, I feel a renewed urgency about the existence of an institution such as Medgar Evers College. We are a predominantly Black school, located in a heavily Caribbean Brooklyn neighborhood, with a commitment to social justice and the needs of communities of color. Going into a new administration at a time when racial and class divisions continue to loom large, the political deals cut on issues such as health insurance, immigration and education funding will disproportionately affect communities like ours.

As a longtime education leader analyzing the new body politic, I am sending out a distress signal to predominantly Black institutions across our country: We need to explicitly become the places to confront these dire social justice issues. We cannot just rest on our laurels as places that are familial and safe, but commit instead to becoming places where we arm our students with the skills and tools necessary to become change agents in their own communities and beyond.

And students are increasingly seeking out our learning institutions. The recent spotlight on Black Lives Matter, police brutality and racial unrest on campuses from California to Missouri have been credited, in part, with enrollment spikes this year in about a third of historically Black colleges and universities, according to the Penn Center for Minority Serving Institutions and observations from other experts.

It is not enough, however, to just get students in the door. We also need to open our doors, physically and figuratively, to our surrounding communities—as educational centers, local conveners and sanctuaries for students of all ages and backgrounds. We must find ways to connect students with local community issues so that they understand their own power to change their surroundings. To do so, we must advance community and college relationships, identifying ways to integrate the degrees offered with the career fields in which students will eventually work.

Here in Crown Heights, we are hosting town halls to discuss police and community relations and offering financial literacy courses to local parents, and we are in our third year of running our Pipeline program, which offers opportunities in arts and STEM learning to students at more than 80 local schools. We welcome students of all races and religions to join us on this journey.

Although its status as a senior college within the City University of New York distinguishes Medgar Evers from many other Black colleges, we are all tethered to the larger history of a people. Medgar Evers College was named for the martyred civil rights leader who championed voting and civil rights in the vile days of apartheid Mississippi.

Like the history that created them, the burden at our colleges can be heavy. Institutions that serve minority students tend to serve students who have been historically disadvantaged in obtaining a college degree. A 2014 Institute for Higher Education Policy study on minority serving institutions hypothesized that retention and graduation rates at MSIs are lower than those of other four-year institutions because of several factors, including students’ disproportionate reliance on financial aid and the likelihood of their need for remedial education because more than half of MSIs have an open admissions policy.

That is certainly the case at Medgar Evers, where serious problems with retention and graduation rates persist. Even as we prepare to launch an honors program next year, many of our students still require significant remediation to access college level work.

Funding issues will continue to have an impact on the viability of institutions such as Medgar Evers. And with President-Elect Trump, I have little faith that the federal government will be making much-needed investments in MSIs. As a result, it is more important than ever that we call on foundations, private citizens and our own alumnae for support.

Are we adding to the burden at predominantly Black and historically Black institutions by asking them to wave the flag of activism? Yes. There are those who will argue that our schools need to focus solely on academics. My rejoinder is that we cannot outrun our history: We are the natural places for discourse and analysis of the issues affecting Blacks and other minorities.

The words “pursuit of truth as the surest path to human freedom and social justice” are part of the message inscribed on the scroll received by Medgar Evers’ widow, Myrlie Evers, at the 1970 dedication ceremony for our college. They are words to be hoisted high at Black colleges everywhere, for all the difficult days ahead.