Fidel— ‘History will absolve me!’ 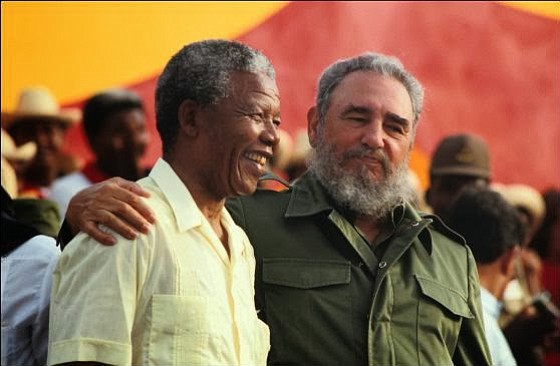 “It is with deep sorrow that I come before you to inform our people, and friends of our America, that today, Nov. 25, at 10:29 p.m., Comandante en Jefe of the Cuban Revolution Fidel Castro Ruz has died,” stated Raul Castro, Cuba’s president and Fidel’s brother, in an announcement in Granma, the official voice of the Communist Party of Cuba Central Committee.

“In accordance with his express wishes,” President Castro added, “Compañero Fidel’s remains will be cremated.” The president and the central committee said that detailed information will come later regarding the posthumous tributes.

The tributes began coming in almost immediately for the founder of the Cuban revolution. According to several reports, Fidel, 90, who was as idolized by fellow revolutionaries as he was rebuked by his adversaries, had been sick for a while, stricken with diverticulitis, an ailment of the colon.

Comments from President Obama and President-elect Donald Trump are indicative of the differing impressions Fidel engendered. “At this time of Fidel Castro’s passing,” Obama said, “we extend a hand of friendship to the Cuban people. We know that this moment fills Cubans—in Cuba and in the United States—with powerful emotions, recalling the countless ways in which Fidel Castro altered the course of individual lives, and of the Cuban nation.”

Trump made no pretense at capturing the complexity of Fidel’s impact. “Today, the world marks the passing of a brutal dictator who oppressed his own people for nearly six decades.” For Trump, Fidel’s legacy was one “of firing squads, theft, unimaginable suffering, poverty and the denial of fundamental human rights.”

It is apparent from these comments that Trump has no intention of pursuing Obama’s steps toward normalization with the island nation that has endured the brunt of the U.S. economic embargo.

“History will record and judge the enormous impact of this singular figure on the people and world around him,” Obama concluded. There was much disappointment from Obama’s supporters when he failed to meet with Fidel after being the first sitting U.S. president to visit Cuba since the revolution. In fact, before Obama, President Coolidge was the last president to visit the island in 1928.

Fidel had his own estimation of his legacy, which he put forth in 1953 during his trial after a failed attack against President Batista’s regime. “Condemn me, it does not matter,” Fidel said. “History will absolve me.”

To some extent history has absolved him, and the major piece of that absolution came six years later when Fidel and his comrades came down from the Sierra Maestra Mountains and entered Havana as Batista fled.

Whether he is called “El Comandante,” “El Jefe” or the derogatory “Caudillo,” Fidel stepped boldly onto the pages of history much in the way George Washington, Toussaint, Napoleon, Lenin and Mao had done, relieving his people of tyranny and putting them on a glorious path of recovery and promise.

Black Americans, particularly those in Harlem, had a chance to see Fidel up close, to revel in his lengthy speeches when he first arrived in 1960 and met with Malcolm X at the Hotel Theresa. That historic moment is vividly captured by Rosemari Mealy in her book, “Fidel & Malcolm X—Memories of a Meeting” (Black Classic Press, 2013). Fidel had come to the U.S. to attend the 15th Session of the General Assembly of the U.N.. The Cuban delegation was not allowed to venture outside of Manhattan, a situation that Fidel vehemently protested. He also refused to accept the “unreasonable financial demands” by the management of the midtown Shelburne Hotel, Mealy wrote. “Thousands crowd the streets to see and cheer them,” she wrote after Fidel and his group moved to the Hotel Theresa. Somewhere around midnight on Sept. 19, 1960, the two great men had a brief conversation.