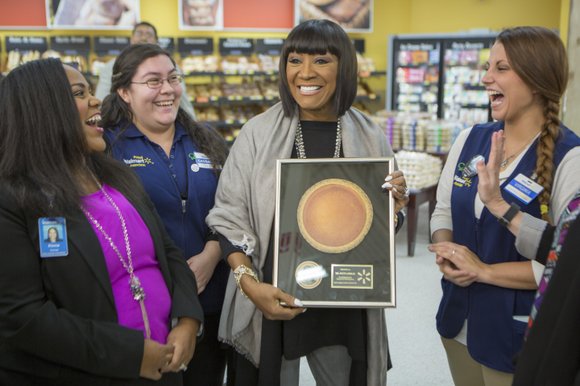 While Kanye West, who is married to Kim Kardashian, continues to be hospitalized at UCLA Medical Center in Los Angeles, after suffering a breakdown more than a week ago, Lamar Odom, who is almost divorced from Khloe Kardashian, headed to Disneyland in Anaheim, Calif. for the Thanksgiving holiday. The former NBA player spent time with his two children, Destiny and Lamar Jr., their mother, Liza Morales, and friends. The happy group posed for a photo in front of a Christmas tree.

Music producer and video director E-Love is now totally in the video game business. The electronics genius is currently in Tokyo, Japan, for Tokyo Comic Con, where he and his partner, Rika Muranaka, are debuting their new game, “Fearless D.” The festival runs Dec. 2-4. The game features The Drift King as its face, who is best known as DK, the foremost drift driver in racing. E-Love said, “He’s the Michael Jackson of car racing in Tokyo.” “Fearless D” was funded by Colopl, the biggest publicly traded game company, which is worth more than $1 billion. The company formed a VR fund of $50 million to make the game. Meanwhile, heavy hitters such as Stan Lee, the owner of Marvel Comics, are also at Tokyo Comic Con with E-Love and “Fearless D.”

According to reports, Denzel Washington will receive the Modern Master Award at the 32nd annual Santa Barbara International Film Festival, which runs Feb. 1-11. Washington will be honored for his contributions to the film industry, the latest of which is Paramount’s “Fences,” which he directed, produced and stars in and which hits theaters Dec. 25. “Denzel Washington, directing, producing and acting in ‘Fences’ defines the Modern Masters for the 21st century,” Santa Barbara fest Executive Director Roger Darling said in announcing the award.