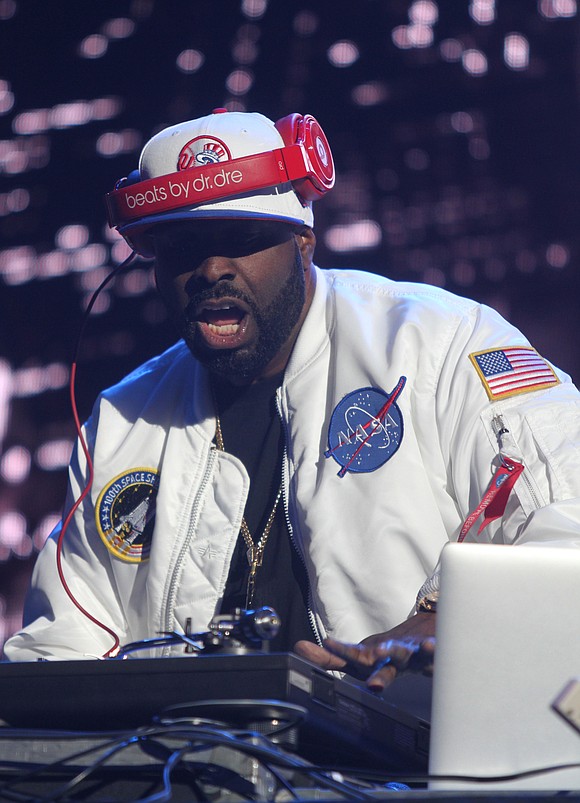 Like it or not, comparing is something we as humans do. At its optimum level, it can halt or impede progress and in some cases cloud judgement. Case is point, this past weekend, WQHT-FM HOT 97 hosted the biggest holiday concert of the season: Hot for the Holidays, presented by Boost Mobile, to a capacity-filled Prudential Center.

The advertised lineup comprised the hottest newer acts, Travis Scott, Young Thug, Lil Yachty, Joey Bada$$, Jidenna and Kehlani, that are on the cusp of stardom, and established acts, Usher, T.I. and Funkmaster Flex, long past superstar status and now taking aim at hall of fame greatness. Setting the night off while the crowd was still filing in was Jidenna and Kehlani, who displayed sets that were true to the personas of their music, as were Brooklyn’s Joey Bada$$ and Lil Yachty, who kept the energy high with their respective hits.

As the first star performance, T.I. crammed classic hits such as “Top Down,” “Whatever You Like” and “Live Your Life” into an abbreviated set before giving way to the highly anticipated Funkmaster Flex & Friends set. As one of the cornerstones of hip-hop for more than two decades, Flex, with his lengthy connections, had the potential to provide the moment that holds down the streets and airwaves for weeks and if that special, years. PHresher hit the stage first to perform “Wait a Minute,” and was followed by Young M.A, who’s armed with one of the hottest New York records in years, lit with her hit single, “OOOUUU.” Up next, French Montana brought out surprise guest Jeezy (who had the nation’s No. 1 album,), and Fat Joe and Remy Ma had everyone rapping along to their hits “All the Way Up,” and “Lean Back,” among others. Flex finished up his set by bringing out another surprise guest, New York artist, Casanova, who kept the energy up with his performance of “Don't Run.” New York hip-hop, we about to be great again.

Travis Scott provided a highlight moment with an act of compassion. “People like to kick you when you’re down, but I’d like to give support to one of my idols!” Scott exclaimed before dropping “Father Stretch My Hands,” in support of his mentor, Kanye West. Class act. Usher soon emerged from the shadows to stake his claim as headliner and began his set with “Good Kisser.” The music legend serenaded the crowd and effortlessly showed off his dance prowess, especially during a sultry number with special guest, Teyana Taylor, during Usher’s song, “Bad Girl.” Usher also brought out A$AP Ferg, as well as Young Thug to perform “No Limit.”

As a stand-alone, this concert would have been a memorable night. However, this concert is the show that directly followed the legendary Hot for The Holidays featuring Busta Rhymes effort of last year. The endless features and superstar appearances all paled then, as they do now, to the sight of seeing Consequence, Busta, Jarobi, Ali Shaheed, Q-Tip and Phife all onstage together. Almost a calendar year later, a street (Linden Boulevard at the intersection of 192nd Street) was renamed in dedication to the now deceased Malik “Phife Dawg” Taylor. What a difference a day makes.

Before I bounce, I recommend a couple of things to check over the weekend. The Prudential Center will host the inaugural, Never Forget Tribute Classic, an annual NCAA men’s basketball doubleheader, Saturday, Dec. 10. The match-ups will feature No 2. Villanova versus Notre Dame, followed by Pitt versus Penn State. The Prudential Center partnered with the Families of Freedom Scholarship Fund and will have more than 100 family members from Families of Freedom in attendance. Additionally, they will also honor the brave FDNY, NYPD and PANYNJ service members who lost their lives on 9/11. The very next night, the venue plays host to Martin Lawrence. Check for tickets at www.prucenter.com/events.