An open letter to Bernie Sanders 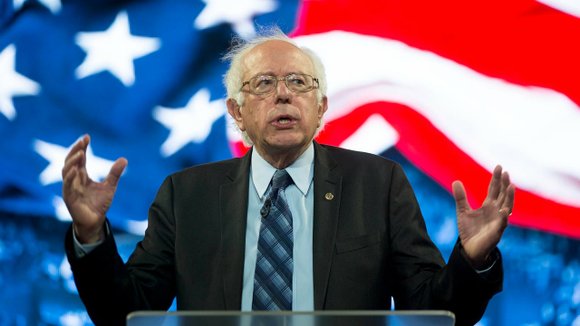 As you know, tens of millions of U.S. citizens have been shocked, dismayed and outraged by the election of a rich, racist/sexist/Islamophobic egomaniacal climate-change denier who is arrogantly clueless to the complex world of politics. And there are still tens of millions of U.S. citizens who were not surprised by the election of this type of character because they understood how deeply entwined white supremacy and class is in America—How this race-class dynamic is a central driving force to transform what little democracy exists in late capitalist America into neo-fascism.

And here we are, at the very brink of neo-fascism, where the largest gathering ever of billionaires, multimillionaires and Wall Street moguls are being appointed to head all aspects of the executive branch of government; where appointed generals are looking at ways to dismantle civilian oversight of the U.S. military; where members of the media are directly threatened with being arrested or banned by the president-elect for doing their job of journalism; where for mainly white men—civilian or public servants—it’s state-sanctioned open season on immigrants, Muslims, Blacks, Latinos, Native Americans, Asians and women and children of all colors.

Bernie, I’m sure you are aware of this threat and more as we enter the Age of Trump. And I’m sure you want to do something about it—to beat back his (and his handlers and Republican allies) neo-fascist plans. So, I am suggesting that you help initiate a national campaign to build a grassroots-based peoples movement for democracy and equity that would be powerful enough to not just stop the rise of Trumpism (neo-fascism), but to replace it with a Socialist movement and system, as you have spoken of and campaigned for during the Democratic Party Primary.

I suggest that we start by you, Bernie, putting out a call for as many people and organizations who feel outraged by the prospect of Trumpism and are ready to get involved in the Implementing Democracy and Equity for America Movement, to join you by the millions in Washington, D.C., and throughout the U.S. on Inauguration Day 2017 to launch this movement. I’m sure with your “Feel the Bern” grassroots organizational infrastructure you would be able to bring more than a million people to D.C. and millions more to key cities and towns on Inauguration Day 2017. And, Bernie, I would strongly urge that your outreach efforts be specifically focused on the Black and Latino residents in and around the Baltimore-Washington area. It’s a no-brainer to bring them out in huge numbers!

In addition, you have the ability to get support from people such as Harry Belafonte, Danny Glover, Killer Mike, Spike Lee and a host of other celebrities and sports stars to help get people out to the National Mall and the other Inauguration Day gathering spots. You also have the ability to encourage all the sites of struggle groups and individuals such as Black Lives Matter, immigration rights, LGBT and women’s rights, environmental groups, Fight for $15 groups, Muslim rights groups, Native American rights groups, prison rights/abolition groups, organized labor, save public education groups, anti-fracking and pipeline groups, fair housing groups, health care for all groups, animal rights groups, veteran rights groups and senior citizen rights groups.

Bernie, you can see how, with your public support, urging and organizational outreach capabilities, we can bring millions out Friday, Jan. 20, 2017, to start down the “Political Revolution” road.

This call to counter Trumpism, to launch the Implementing Democracy and Equity for America Movement, would be the beginning of a yearlong campaign that culminates in the 2018 Peoples Assembly for Democracy and Equity in which all the sites of struggle are represented to initiate a plan of action—from the local level to the national level—to defeat neo-fascism (Trumpism) and then fight to finally bring true democracy, antiracism/anisexism/antiIslamophobia and environmental justice to America.

What say you, Bernie?

Are you, as the late Kwame would always say, ready for the Revolution?