They did the math: How NASA's Black mathematicians multiplied success 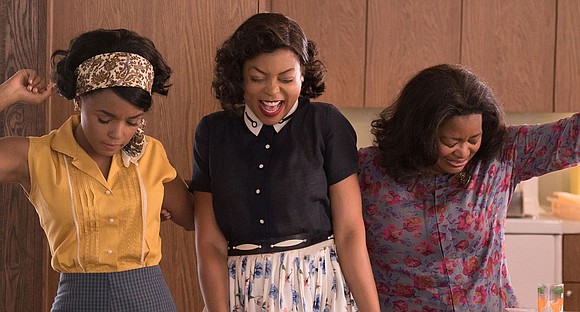 (CNN) -- By the time NASA was preparing to send John Glenn to space for the historic Mercury-Atlas 6 mission computers were used to calculate launch conditions.

It wasn't long before then that the space agency and its predecessor, the National Advisory Committee for Aeronautics, used "computers in skirts" to do all the number-crunching.

Their work barely earned a mention in pop culture space tributes until this year, thanks to a best-selling novel and a forthcoming film that's getting major Oscar buzz.

"Hidden Figures," starring Taraji P. Henson, Octavia Spencer, Janelle Monáe, tells the story of three women from the pool. The film is based on Margot Lee Shetterly's bestselling book by the same name, which spans several decades and characters at Langley.

Henson stars as Katherine Johnson, the 2015 National Medal of Freedom recipient who calculated the trajectory for America's first trip to space with Alan Shepherd's 1961 mission; Spencer as Johnson's supervisor, Dorothy Vaughan; and Monáe as Mary Jackson, who rose from mathematician to engineer to the mentor for women and minorities.

A pivotal scene in the film features Glenn. Johnson's work was held in such high regard in its time that Glenn, who died on Thursday, was aware of it. Computers were so new that even people at NASA were skeptical of them, and Glenn requested that Johnson personally confirm its calculations before his trip three times around Earth.

A day and a half later she proved the computer right.

Considered more patient and detail-oriented than men (and they could be paid less), the first women were hired in 1935 to do the integral but time-consuming work of reading, calculating and plotting test data to free up engineers for research projects.

Following an executive order prohibiting racial discrimination in the defense industry, Langley Memorial Aeronautical Laboratory, NACA's main research center, began recruiting black people with college degrees in the 1940s for the computer pool. For years the women occupied a segregated wing, "West Area Computing," and used separate facilities. But there was no denying the value of their contribution.

In interviews ever since, Johnson has resisted taking full credit for the work. As she said in a 2010 interview, "We always worked as a team. It's never just one person."

Here's more about Johnson and her colleagues: