NFL great Brown on meeting Trump: 'He's got my admiration' 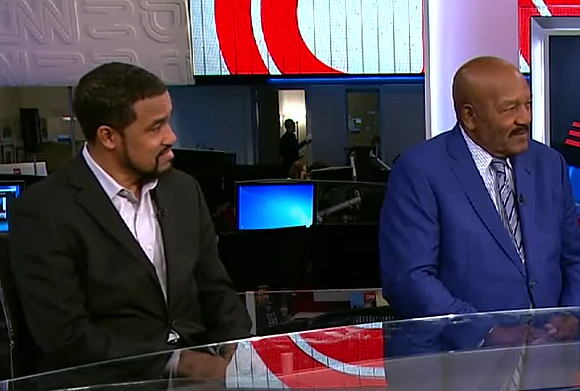 (CNN) -- NFL legend Jim Brown stopped by Trump Tower Tuesday for a meeting pegged as a discussion about issues facing the African-American community, and he came away from the gathering with the President-elect having his admiration.

"When he goes through what he went through to become the president, he got my admiration," Brown said. "No one gave him a chance."

For decades, Brown has been an activist, particularly for minorities and the inner-cities, and his Amer-I-Can program is designed to "empower individuals to take charge of their lives and achieve their full potential," the group says.

Jim Brown on Donald Trump: He has "my admiration"

On the heels of a meeting with President-elect Donald Trump, legendary NFL superstar Jim Brown tells Brooke Baldwin he has "my admiration"

A 1971 inductee into the Pro Football Hall of Fame and eight-time NFL rushing leader, Brown is well known for his work in the African-American community. However, as the subject turned to race on Tuesday, he revealed some lesser-known details to Baldwin and her viewers.

"The three greatest people in my life were white, OK. My high school coach, my high school superintendent and my mentor in Manhasset, Long Island," he said.

So, in vocally supporting Trump, Brown sees no conflict of ideology. He maintains that his work focuses on the human race above all.

Though Brown voted for Hillary Clinton in November, he told CNN's Brooke Baldwin later Tuesday he left the meeting which also included Pastor Darrell Scott with a heart-warming sense of positivity.

"I can't speak for the pastor, but I fell in love with him, because he really talks about helping African-American, black people and uh that's why I'm here," Brown said.

On CNN's "New Day" on Tuesday, Brown clarified that it was Scott whom he was referring to.

"I was talking about my partner sitting right here," Brown said. "I was talking to the man who got us together. The man who's been the catalyst. The man who has represented. And he's comical and he's very vivacious. You know, he's a character."

"Well, I fell in love with Trump a long time ago," Scott joked.