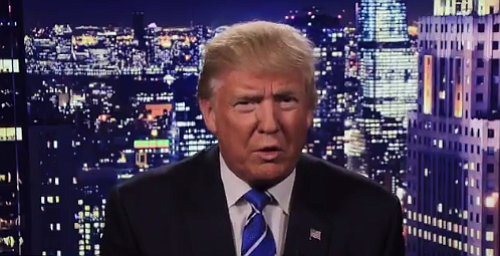 In the “up is down, left is right” world of the president-elect’s transition to the White House, the current pick for secretary of labor makes sense.

Last week, Donald Trump announced that he picked Andrew Puzder to head the U.S. Department of Labor. Pudzer is the CEO of CKE Restaurants Holdings Inc., which is the parent company of Hardee’s and Carl’s Jr. He is also an opponent of an increased minimum wage and overtime pay.

“Putting one of the worst fast-food CEOs in charge of national labor policy sends a signal to workers that the Trump years are going to be about low pay, wage theft, sexual harassment and racial discrimination,” stated Rogelio Hernandez, a Carl’s Jr. cook based in Santa Monica, Calif., and a Fight for $15 member. “Instead of taking on the rigged economy, it seems like Trump wants to rig it up even more. Puzder is paid more in one day than we each make in one year working at his restaurant chains, and that’s the way he wants to keep it. Puzder is against unions, calls the minimum wage and overtime ‘restrictions’ and employees ‘extra cost,’ and even said he wants to fire workers like us and replace us with machines that can’t take vacations or sue their employers when they break the law.”

Despite his misgivings, Hernandez said that no matter who Trump picked to head the DOL, the movement wouldn’t stop. “It doesn’t matter who the labor secretary is, the Fight for $15 won’t back down for one minute in our demands for $15 an hour and union rights for all workers,” added Hernandez. “If Trump is going to be a president for the fast food corporations instead of for the fast food workers he is going to be on the wrong side of history.”

Ellen Smith, president of the Northeast Nurses Association, has already seen how Trump attacked a union leader who stood up to him and she expressed fear over the meaning of an “anti-labor” labor secretary.

“President-elect Trump has already attacked Chuck Jones, president of the United Steelworkers 1999, claiming American workers are to blame for outsourcing of jobs, and by appointing Andrew Puzder, the President-elect has sent a clear message that unions and workers’ rights have no place in his America,” said Smith in a statement. “The job of the Labor Secretary is to enforce laws that protect the American workforce, and the appointment of Puzder has demonstrated President-elect Trump is more interested in protecting employers and profits than employees. Puzder has a record of opposing worker protections including the minimum wage increase and paid overtime.

“So now more than ever, we must work to continue to strengthen our unions to send a clear message to the president-elect and his future labor secretary that workers have a powerful voice in our workplace and will continue to fight for workers’ rights and patient safety,” Smith concluded.

The head of Pride at Work, a constituency group of the AFL-CIO that looks to mobilize support between organized labor and the LGBTQ community, doesn’t consider Puzder a friend of the LGBTQ community and thinks Trump’s pick embodies the fight that lies ahead.

“Even if Donald Trump decides not to repeal President Obama’s executive order barring LGBTQ discrimination among federal contractors, there is little hope that Puzder will enforce it,” said Pride at Work Executive Director Jerame Davis in a statement. “It’s beyond frightening that every single person Trump has put forward as a nominee for his Administration is staunchly anti-LGBTQ.”

New York State Attorney General Eric Schneiderman found the appointment of Puzder “baffling” and “cruel” considering that Trump’s pick was accused of engaging in wage theft and the DOL was responsible for proving those claims to be true.

“Over the past five years, my office has won back nearly $27 million in wages stolen from over 20,000 low-wage workers, obtained dozens of convictions of employers who committed wage theft, and secured groundbreaking national agreements with major retailers to end the abusive practice of on-call scheduling,” said Schneiderman in a statement. “We won’t stop fighting to ensure that workers in fast-food and other industries are treated fairly—whether we have an ally at the Labor Department or not.”