Michelle Obama: 'We are feeling what not having hope feels like' 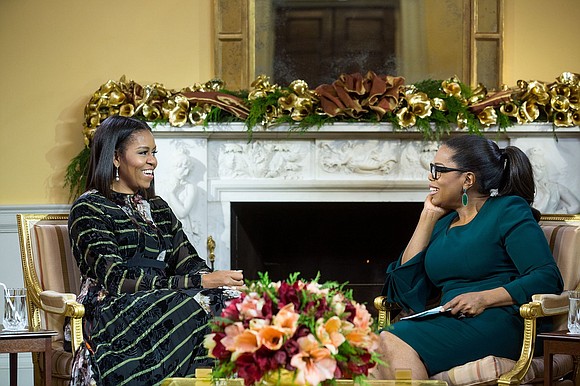 (CNN) -- Following the election of Donald Trump, Michelle Obama said many Americans now know what it's like not to have hope.

"We feel the difference now. See, now, we are feeling what not having hope feels like," she told Oprah Winfrey in an interview, a clip of which aired on CBS on Friday. "Hope is necessary. It's a necessary concept and Barack didn't just talk about hope because he thought it was just a nice slogan to get votes."

"He and I and so many believe that -- what else do you have if you don't have hope," the first lady added. "What do you give your kids if you can't give them hope?"

Obama said she believes her husband gave Americans something to believe in when challenges arose.

"I feel Barack has been that for the nation in ways that people will come to appreciate. Having a grown-up in the White House who can say to you in times of crisis and turmoil, 'Hey, it's going to be okay. Let's remember the good things that we have,'" she said.

Trump on Saturday offered an uncharacteristically measured response to the first lady's criticism, saying he assumed "she was talking about the past, not the future."

"And I actually think she made that statement not meaning it the way it came out. I really do," Trump added, noting that Obama "could not have been nicer" in greeting his wife, Melania Trump, at the White House last month.

Opting not to fire back with an attack as he typically does when facing criticism, Trump again repeated that he "honestly" believes Obama "meant that statement in a different way than it came out."

More than one in three -- 38% -- of Americans think Trump will be a "poor or terrible" president, according to a Pew Research Center national survey released in December.

Obama, who insiders say doesn't always enjoy campaigning, hit the trail hard in the weeks leading up to the November election to encourage Americans -- primarily millennials, people of color and women -- to vote for Hillary Clinton.

While the Democratic nominee did better than her rival with those groups, Trump received more Electoral College votes and thus won the election.

The whole interview with Obama airs during a special program on CBS on Monday at 8 p.m. ET and again on OWN on December 21 at 9 p.m. ET.